Louisville To The ACC Evening News And Notes

Night had not fallen in Bangok when the news broke, and Danny Maripossa Lally, Isaac Brenner, Thomas Brenner and John Hanzalik handled the situation appropriately.

Share All sharing options for: Louisville To The ACC Evening News And Notes

Without question, this has been one of the most enjoyable days in my life as a U of L fan. I'm also extremely, extremely exhausted and in desperate need a 45 minute nap, so please let any otherwise unforgivable grammar errors slide just this once.

I'm also going not going to make a significant effort to entertain you.

Chip Patterson pens a fantastic piece for CBS in which he defines Louisville as "the ultimate survivor."

"Which brings us back to Swofford's word: aggressive. The ups and downs across the last 30 years in Louisville football always seem to be righted by aggressive moves towards improvement and excellence. Louisville basketball has always been strong, but the brand of Cardinals athletics has been enhanced by football now standing shoulder-to-shoulder with the storied hoops program.

Last season, Strong's second year, the Cardinals earned a share of the Big East title. On Thursday they will have the opportunity to earn their first BCS bid since Petrino's Orange Bowl. As conference realignment gobbled up their Big East partners, Louisville became tired of hearing reasons that involved television markets and academics. Schools around the Cardinals were getting upgrades, while Louisville -- with arguably the strongest athletic department in the conference -- was getting left out.

It sounds like the ACC took a long look at the conference landscape and realized it was to survive by any means necessary. The presidents and chancellors weighed the options with several schools, and in the end unanimously approved one athletic department that has become an expert at survival.

One person who has (apparently) not been shy about his enthusiasm over this move has been Charlie Strong. Tom Jurich said this afternoon that Strong was "tickled to death" when the two spoke this morning. Strong's official Facebook page also showed this status update shortly after the news first broke.

It's all that's coming to me right now. I don't really have a choice other than to go with it.

Howad Fineman of the Huffington Post furthers the notion that the University of Louisville itself is the biggest winner in all of this.

There is still a long way to go, for sure. But this is one of those rare cases in which athletic prominence can help push a university toward true excellence. The president of the school, Dr. James Ramsey, thinks that way, I know, and so do civic and political leaders.

Like my hometown of Pittsburgh, which is now driven by "eds and meds" -- education and medical care -- and which was rescued psychologically by sports, the city of Louisville has a chance to be rise with education, entertainment and tourism (and a good medical center).

What could be more of a challenge, and an inspiration, for the U of L than to try to match wits as well as muscle memory with the likes of UVA and Duke? Laugh now, because it is laughable. The hope is that it won't always be.

If the Cards play their cards right

Fineman also ruffled more than a few feathers with this tweet.

#Louisville in ACC also means that the school is no longer little brother to #UK in any sense. It's in better academic company, in fact.

but we got der more basketball trophies

Surprised at #UK fans' vitriol. Progress by #Louisville annoys, even outrages them in a way that doesn't match UK's alleged "royal" status.

Jurich announced during his press conference that the plan as of right now is for Louisville to slide into the Atlantic Division spot currently occupied by Maryland. This means that U of L would play, among other teams, Florida State and Clemson every season.

If the Cards begin play in the ACC in 2014 and do end up assuming Maryland's spot and schedule, then their home schedule will consist of at least:

Keep reminding yourself of this when you're tailgating for FIU, EKU, Ohio and Memphis next season.

Pat Forde says what none of us need to be told: Tom Jurich is a f---ing boss.

Athletically, Louisville was a tangible upgrade from Maryland. The sticking point was academics, with the school 160th in the most recent U.S. News & World Report rankings.

Ultimately, the ACC dropped academic pretense and made an athletic decision. Louisville was the best choice.

That's hard to believe, given the department Tom Jurich took over 15 years ago. From C-USA outcast to the Big East to the ACC, he dragged a once-troubled program to where it never could have dreamed of being.

And if that wasn't enough to sell you, the man was trending worldwide on Twitter earlier today. 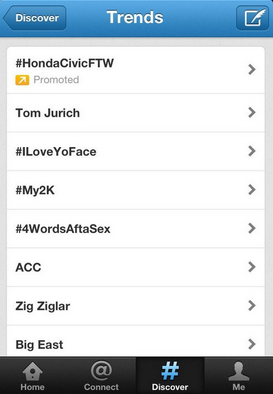 Evan Hilbert over at CBS says Louisville's move to the ACC ought to pay huge dividends in the world of football recruiting.

It may already be.

One of the worst things about realignment ont he whole is that the Big East Tournament inside Madison Square Garden will never be what it was. Such a shame, because over the past decade that week has been as special as any (at least in my eyes) as any on the sports calendar.

I really liked that both Jurich and Ramsey spoke early and often about how grateful they were for everything the Big east did for U of L. They also noted that the disintegration of the league really wasn't their fault. There's no reason to rip on the Big East, before all this madness started it was a fantastic place for Louisville to be. This was simply a move made out of necessity.

Jurich said that U of L's biggest ACC advocates during this process were Florida State (the biggest), Clemson and Syracuse.

I'm pretty pumped that we still get to be conference bros with Keeley and the gang over at Troy Nunes. 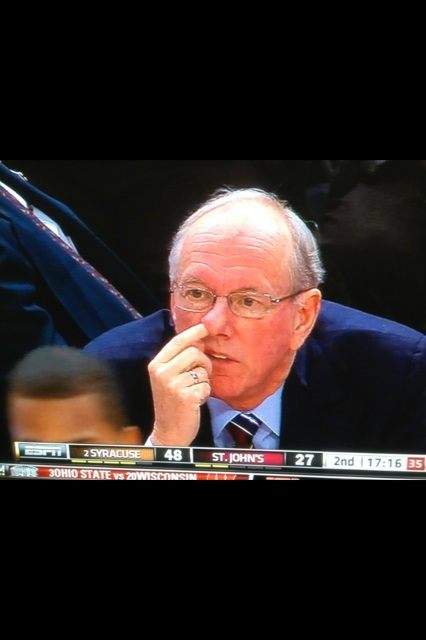 Preston Brown would like to go ahead and see this move made as quickly as possible.

Start a fundraiser to get Maryland out! I want to play in the acc too 😭😭😭😭

I'm surprised and deeply touched/disturbed by the number of you who have expressed serious concern over the potential loss of DePaul Day. I've been working the phones all day to either get a guaranteed series locked down or sneak the Blue Demons into the ACC, but as of right now your guess is as good as mine as far as the future of the holiday is concerned.

All I know is DePaul Day 2012 and DePaul Day 2013 are going to be celebrations the likes of which this city/country/world has never seen before.

ACCepted shirts are now on sale. 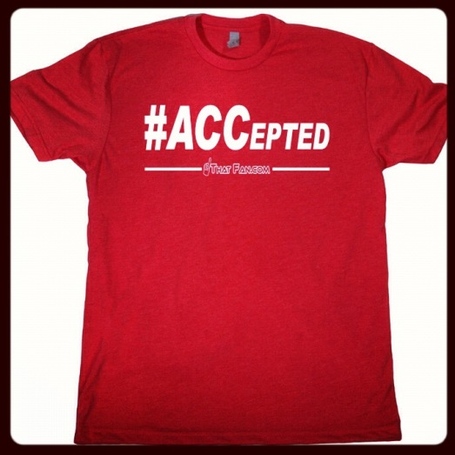 For a look at the duller side of the coin, simply take a quick trip over to The UConn Blog. We've been there, man.

For those of you struggling with which team is in what conference, it's really not that muddled and hard to follow. 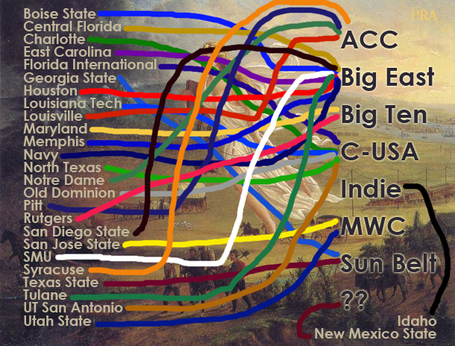 Just how much of an underdog was Louisville at the start of this thing?

#UofL athletic director Tom Jurich said his school began the ACC race as an underdog: "They already had UConn - not penciled in - penned in"

Currently making a Jurich statue out of chocolate coin wrappers. Don't have the funding for anything classier and i really like chocolate coins. Really glad I don't have to worry about a tinfoil tie. Would have gotten tricky.

People were all like "you don't have the television market OR the academics to pull off a maneuver like that." And then I was all like,

I don't even know what the lead in to that picture posting was. I am so tired, you guys.

SB Nation college football editor Jason Kirk thinks that if Teddy Bridgewater stays at Louisville until his senior season, the Cards could be the preseason favorite to win the ACC in their first year.

If Bridgewater stays, he's a senior in 2014. Louisville might be ACC favorite right away.

The Florida State Twitter folk did not take the hypothetical very well.

And finally, Louisville is going to the ACC. The most appropriate "and finally" in the history of Cardinal News and Notes.