The Cards survive and advance on day one in the Bahamas.

It's only fitting that Russ Smith's and-one basket in the final seconds secured Louisville's victory over Northern Iowa, as the the game filled with spurts of extreme good and extreme bad was essentially a microcosm of his Cardinal career to date.

Louisville was abysmal from the field for most of the first half, but utilized a solid late run to take a 26-20 lead into the break. The Cards came out of the locker room looking like the No. 2 team in the country, knocking down shots, scoring on the break, and building a seemingly insurmountable 40-22 advantage. They then became more complacent than your drunk uncle after Thanksgiving dinner, taking awful shots, giving up easy shots, and ultimately letting UNI cut the lead to one in the game's final minutes.

U of L appeared to have seized control with a 48-44 lead and just 42 seconds to play, but then Chance Behanan for some unknown reason decided to rake Northern Iowa's best free-throw shooter across the arm. Behanan nearly committed the same transgression on the other end (as did Gorgui Dieng...Ok, it should have been a foul on both of them), but thankfully a held ball call with 6.1 seconds paved the way for Smith's heroics.

I deem thee, "the jump call that saved Thanksgiving."

--This was probably the worst game Chane Behanan has played as a Louisville Cardinal. At least three of Northern Iowa's wide-open three-point attempts during their big run were his fault, he took outside shots that weren't even close, and he forced shots around the rim when he had easy kickout opportunities. And what in the world was he thinking with the one called foul and the one should have been called foul in the final minute? He simply has to be much, much better.

--Luke Hancock has not missed a jump shot this season that hasn't been short. If this wasn't the case, I'd be Ok with him not using his legs or following through. Since it is the case...might want to start using your legs and start following through. It's an easily correctable thing. 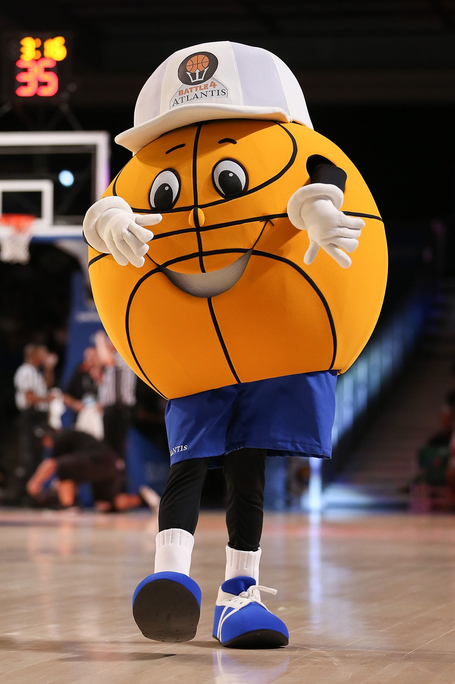 --Announcer's messed up just about every Cardinal's name ("Chain," "Gorgul," etc.), and the analyst said "score the ball" no less than 75 times.

--The offense without Russ Smith on the floor is so timid and out-of-sync it's scary.

--Peyton and Russ combined for 10 turnovers, the bulk of which were unforced.

--Kevin Ware needs to attack the rim when he gets into the lane instead of going for these awkward floaters. A lot of times it appears he has a pretty clear route to a lay-up (or at least a foul), but he chooses to contort his body and shift his momentum away from the basket. Use that freakish athleticism, my man.

--We had one double figure scorer.

--Northern Iowa came into tonight ranked 13th in the country in points per game. Their 46 point total was more than 40 less than their previous average of 86.3.

--I'm pretty much good with anything Russ Smith does at this point. Even when he misses on a wild drive it seems like he draws so many people to him that it creates easy follow-up opportunities (the soft rebounds from his high-arcing shots help this too). Someone has got to make something happen in the halfcourt for Louisville, and so far he's the only player on the team who's shown that ability.

--He didn't shoot the ball very well, but Wayne Blackshear again played with great energy, and Louisville was a much, much better team when he was on the floor.

--Kevin Ware's rebound when he touched the basketball off the opponent's backboard was really cool.

--Russ mistakenly coming out early during the starting lineups was one of the best Russ Things of the year.

--Montrezl Harrell had eight rebounds in just 13 minutes. He and Russ were the only players stat sheet gave an A to for their performance.

--Gorgui's hustle play that led to Chane's only field goal was awesome.

--We've now experienced a tight game in the final minute. Obviously we would have preferred for it not to happen the way it did, but it happened, and we won. It was a situation they were going to have to deal with for the first time at some point, and now that's out of the way.

--It's far better to be upset or angry about a win than depressed about a loss. I was frustrated for about five minutes after the game and then moved on to being really excited about tomorrow night.