If you think about it, this tournament is sort of like the NCAA tournament, with us as the 1 seed, Duke as the 2, Memphis as the 3, Mizzou as the 4, and so on. Let's treat this like a Regional and get to the Final Four.

When they announced the brackets on Selection Sunday, I'll be honest I was excited about getting the Atlantis Regional. Sure, New York and MSG would have been cool, and the Maui region looked like a pretty easy path to the Final Four. And at least we didn't get sent to Alaska, yikes. But then I started looking at our draw, and it is not easy. Samford as a 16 seed was fine, and we dispatched them easily like a 1 seed should. But look at who else is here: three other coaches who have coached in a Final Four, including 2 coaches who have won National Championships. Memphis. Shaka. FULLLLERRRR!!! Duke! Holy crap what a tough draw.

Let's take a look at our likely opponents and discuss our chances of making it through to the Final Four.

You all know Northern Iowa because of the last time they played a #1 seed:

Luckily none of those guys are still here. Seeing the name Northern Iowa always gets you worried because usually that is the type of team that always seems to give us fits: senior laden, well-coached, defensively sound, etc. etc. But this year's team is very young: four of its five top scorers are freshmen and sophomores, led by Sophomore Deon Mitchell, who had 27 points in an overtime win over Toledo and hit 4 of 5 3s in the opening 103-50 win against Wartburg(?). According to KenPom Northern Iowa is the 53rd best team in the country with the 77th ranked defense and 35th ranked offense adjusted for tempo and chicken bones or whatever else he uses. We are ranked #4, with the #1 defense and #33 offense. Russ Smith individually is the #65th ranked offense, I conjecture, and prove me wrong see you can't.

So early in the season it is hard to get a gauge about these things but when you look at Northern Iowa's opponents it is hard to get super worked up about them. They handled 1-2 North Dakota easily - 72-47 - but it took overtime to beat 0-3 Toledo, whose other losses were to Loyola Illinois and Minnesota by 12 and 26 points respectively and respectfully I'm sure in Tubby's case. Mitchell and sophomore forward Seth Tuttle led the way and both were very efficient from the field (8 of 11 and 6 of 9) and they allowed Toledo to shoot 45% from the floor and 34.6% from 3. If we shoot that, we win easily. Northern Iowa also turned the ball over 15 times to Toledo's 12, so there's something. Also NI shot 39 free throws to Toledo's 14, so that could keep them in the game if the refs are calling things close. Jake Koch will be your least favorite player on their team. The senior gets to the line and converts, and will go right at Gorgui and Chane from the start I'm sure to get them in foul trouble.

CardsFan922 Prediction: Scrappy mid-major keeps things reasonably close in the first half but we pull away with better players and defense.

About 8 hours before our game tips off (that doesn't seem fair?) the 4th seeded Missouri Tigers from the SEC take on the Stanford Cardinal from the Pac-12. At least those were their conferences as of this writing. Missouri comes in ranked #14 with three easy wins over SIU-Edwardsville (83-69), Alcorn State (91-54) and Nicholls State (74-54) in Frank Haith's second year as head coach (FULLLLLLER). Missouri still uses up-tempo offense to overwhelm teams, and are led by Junior guard Phil Pressey, one of the best point guards in the country but Missouri's only returning starter from last year. Missouri also has familiar Cardinal universe players Alex Oriakhi at Center (UConn transfer) and one Negus Webster-Chan playing 30 minutes/game and scoring 5 points per game as a freshman. Webster-Chan started off hot (4-7 in his first game, including 3-5 from 3) and then put up Hancockian numbers in his last 2 (1-8 (1-4) and 1-3 (1-2)), but added 11 rebounds and 3 steals from the guard spot. 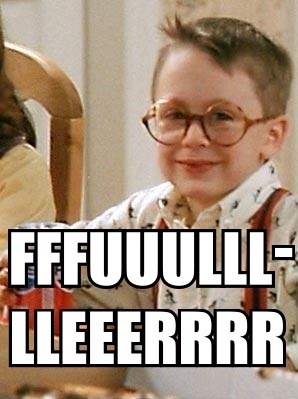 The other guy to watch is Laurence Bowers, a Senior Forward who sat out last year, but is leading the team in scoring with 15.3 points per game so far. He is a big body (6-8 227) and should be a good test for Chane, Trez and Gorgui.

A matchup against Missouri would be a really fun, really fast-paced, really tough test and in any normal times the anticipation for this game would be high. But there's a lot going on so don't feel bad if you completely forgot about this potential Sweet 16 match-up.

CardsFan922 Prediction: Missouri handles Stanford easily and then scares the hell out of us in an up-tempo game that is in doubt until the last few minutes. Fuller (FULLLLLER) knows our system and can help Pressey single handily beat the press, so we ultimately just show token pressure and settle into half-court. Russ and/or Siva get into foul trouble and I throw at least one remote. But in the end we are better than they are, their defense can't stop us from scoring enough to win and we Survive and Advance.

There's a chance we see VCU and Shaka Smart or Tubby and Minnesota (again, holy crap, this tournament is stacked) but the likely opponent in the Elite 8 (finals of the Atlantis regional) is the winner between Duke and Memphis. We obviously want Duke for of all of the reasons. One game at a time, so check back here Saturday for a detailed meta-analysis of our opponent.

And until then, try to stay away from the news because it's all bad.