Louisville Holds At No. 2 In Both National Polls

Share All sharing options for: Louisville Holds At No. 2 In Both National Polls

So officially now, all eight teams in this week's Battle 4 Atlantis will be ranked or receiving top 25 votes. That's ridiculous.

A tournament title probably won't be enough to lift Louisville ahead of Indiana (assuming the Hoosiers don't lose) in next week's rankings, but I do think it would bring them fairly close.

Here are your polls for week three: 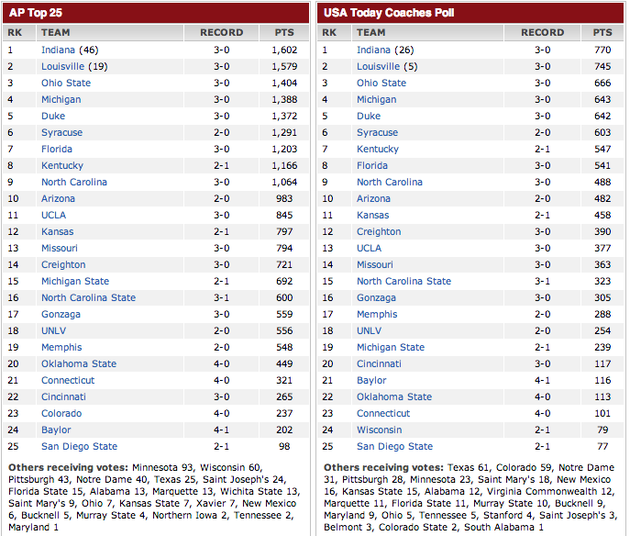