The nation's top-rated JuCo player will be at Louisville next season.

Louisville's point guard of the future has signed his letter of intent to play for Rick Pitino.

Jones, who is ranked as the nation's No. 1 junior college player, tweeted out the following picture of him officially becoming a Cardinal. 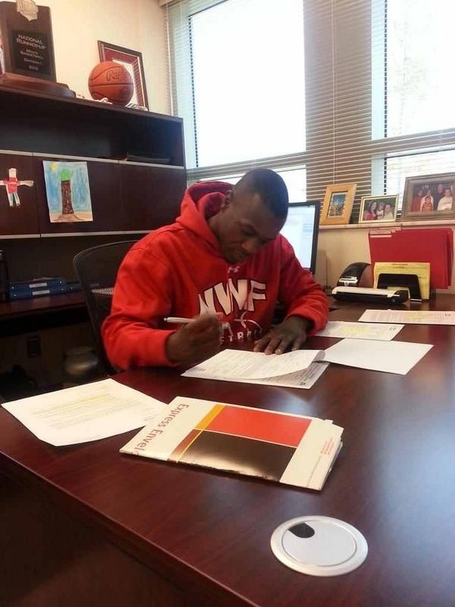 Jones is expected to step in and fill the void left by Peyton Siva's graduation in 2013-14.