Joshua Wood claims he bet his now wife, Stephanie Pankow Wood (a UK fan), that he could get this picture on Card Chronicle. I'm not 100% sure that I believe him, but I'm following through any way with the intention of collecting half the winnings.

He's able to make plays down the field," Temple coach Steve Addazio said. "I think he's got great touch on his passes.

"He's also very athletic. So he can beat you with his feet. But you know, the guy is a very accurate thrower."

Bridgewater's best attributes, however, are his poise and maturity. He thanks his mother for providing that.

"She's been there through thick and thin," Bridgewater said. "She's just that special person. She motivates me. She's my best friend. We talk every day.

"We just have that relationship that a mother and son should have."

I also think Teddy and I have that relationship that every blogger and quarterback should have.

Apparently that night of drinking pictured in last night's news and notes didn't turn out well for the CC Bird Mask. 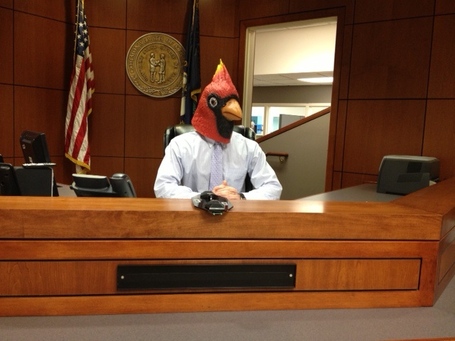 It looks like he's really serious about trying to get sober this time, though. 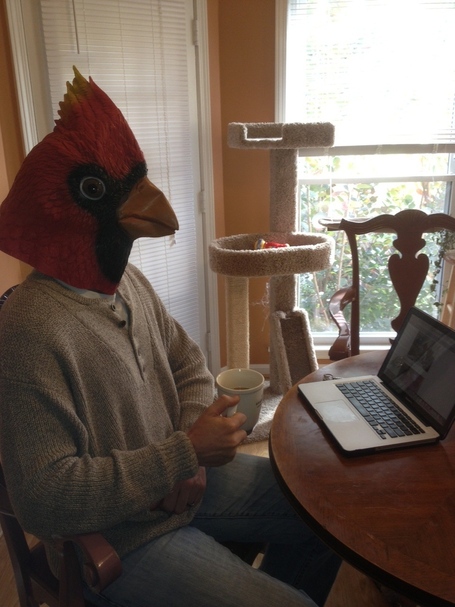 Seriously love you guys so much.

All the possible Louisville vs. Temple statistical information you could want.

Louisville women's coach Jeff Walz celebrated Halloween by dressing up like a referee for his team's opening exhibition game at the Yum Center last night. The Cards rolled over Eckerd College, 83-29.

Judging from your picture submissions, Gorgui Dieng and Peyton Siva enjoyed the evening.

One of Temple's biggest issues so far this season has been the lack of a defensive leader.

But they are still battling against making youthful mistakes. So it's hard for them to hold others accountable and give instructions.

"It's hard sometimes for freshmen and redshirt freshmen and sophomores to try to take that role on," Addazio said. "So it becomes the role of the coaches. We've addressed it. We're working on it. . . . But it's surfacing, and we have to overcome that."

Adrian Bushell is currently in second place in the fan voting for the Paul Horung Award. Help push him over the top by voting here.

Bruce Feldman is the only CBS expert who believes Louisville will cover the spread against Temple on Saturday. 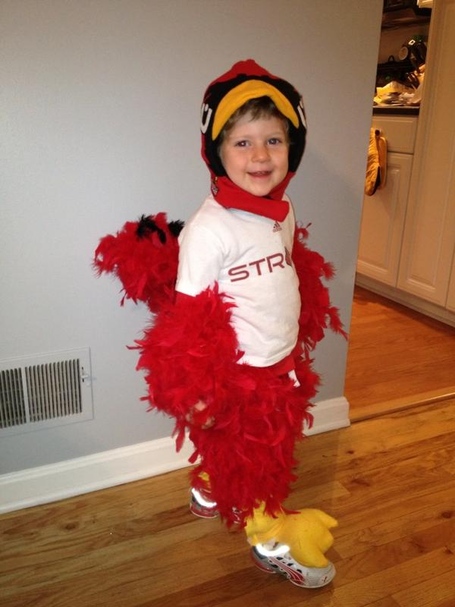 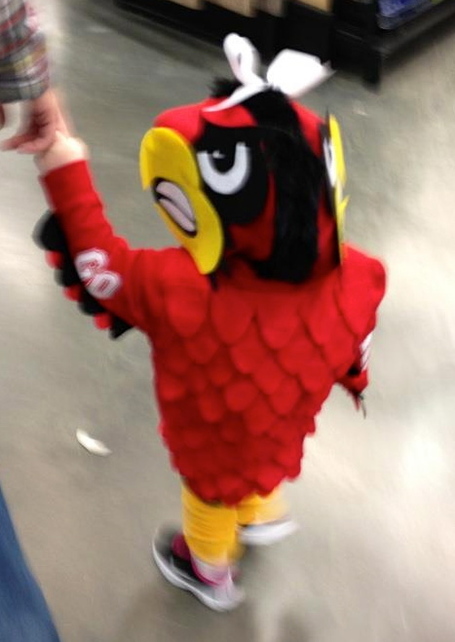 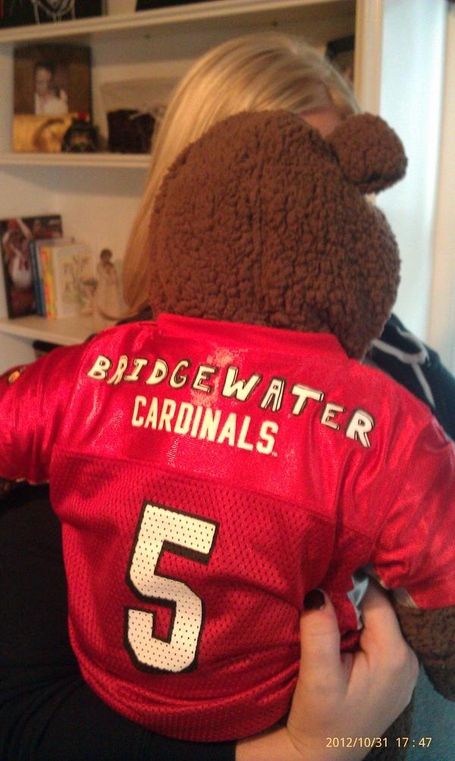 U of L's Alpha Phi Omega, Delta Theta chapter is partnering with Kentucky Organ Donor Affiliates and Be the Match in a "Gift of Life Challenge" against UK on Wednesday, November 7th from 10 a.m. - 4 p.m. in the Red Barn on campus.

Here are the deets from KODA:

The power to change lives is in your hands! It's not every day you're asked to help save lives. For people whose best hope of a cure is finding a marrow donor and those who are in critical need of the gift of life through organ donation, your registration means everything. Help the U of L Cardinals beat the UK Wildcats in the 12th Annual "Gift of Life" Challenge on Wednesday, November 7th at the Red Barn.

Each year patients needlessly die due to the lack of donors. Your participation is essential to those in need and is a testament to giving hope to those who wait everyday for match.

You can register online today and support U of L at www.donatelifeky.org to save lives through organ donation and at www.bethematch.org for marrow donation.

A very happy birthday to Chronicloid Peggy Breeze. You light up my life, Peggy.

NBC Sports continues its preseason top 25 countdown with No. 2 Louisville.

Temple will be looking to snap a pair of unwanted streaks on Saturday. The Owls haven't lost three straight games since 2008, but they haven't defeated a ranked opponent in much longer.

The Owls haven't beaten a Top 25 opponent since that 28-24 head-scratcher at Virginia Tech in 1998 as 35-point underdogs that gave Bobby Wallace his first victory.

Love this shot from benlself's FanPost of the CC Bird Mask representing in Canada. 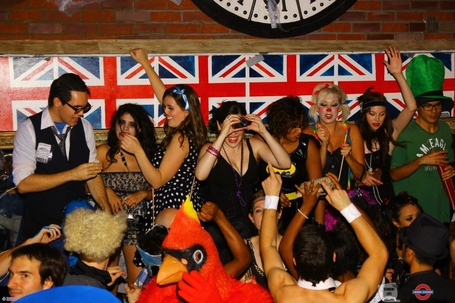 Side note: I've been saving all the bird mask photos with "BM" at the beginning, and it feels wrong every time.

The AP has a nice and neat preview capsule for Saturday's game.

Jackson handed the glossy, 8-by-10 envelopes - designed to catch the eye as much as the signature script "A" was bound to raise eyebrows - to Parker at the end of each school day, wondering if the Crimson Tide had made an impression. Jackson got his answer as he cleaned out Parker's football locker when the season ended.

"There was a stack of those letters probably 12 inches high, never opened," Jackson said. "Now what would most kids have done with a letter from Nick Saban? He never opened one of them."

The rest of the story is worth a read, as the soft-spoken Parker admits that he wasn't competing to the best of his ability during the first part of this season.

I preview the SEC for SB Nation and somehow avoid death threats for not naming Nerlens Noel all-conference.

Both ESPN Big East bloggers like Louisville to notch their most convincing Big East win to date this weekend.

Temple (3-4, 2-2) at No. 10 Louisville (8-0, 3-0), noon, ABC/ESPN3. Is this the week the Cardinals finally put together a complete game? They should, given the advantages they have on both offense and defense. But Louisville has not made things easy on itself, and the Cardinals face a team quite familiar with what they like to do. Temple coach Steve Addazio and defensive coordinator Chuck Heater worked with Louisville coach Charlie Strong, defensive coordinator Vance Bedford and assistant Kenny Carter under Urban Meyer at Florida. Still, Louisville has the depth advantage and Teddy Bridgewater, so bank on the Cardinals to reach 9-0 for the first time in school history. Louisville 40, Temple 17.

And finally, basketball is back. See you guys at the Yum.