Notre Dame: More Like West Virginia Than You Think, Hear Me Out

Share All sharing options for: Notre Dame: More Like West Virginia Than You Think, Hear Me Out 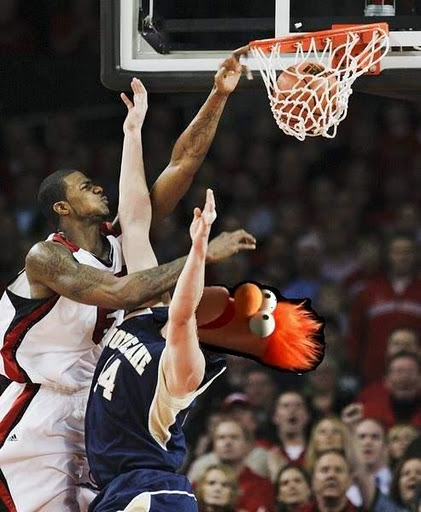 There's probably not two fan bases in the country more different than West F'in Virginia and Notre Dame. As a good Catholic boy growing up in Louisville, I of course was inundated with Notreganda from an early age, through cousins and television and Rudy and all that. But I was never a fan. One of the more unheralded rivalries in the country is Georgetown/Notre Dame. Rumors of admission to one virtually requiring the other to reject even the most qualified applicants. Graduates of both regarding the other with pity for attending their safety school. The obvious football disparity and basketball rivalry. So if I was neutral on Notre Dame as a kid, I became very anti-Notre Dame through high school, college and afterwards.

And when we started playing them on a yearly basis, the rivalry grew. Every game against them at Freedom Hall was close. Every time we played up there, we got destroyed. Since we've been in the Big East, Louisville victories have been by 3 points, 5 points, 6 points (in OT), 2 points (2OTs) and 6 points (OT in Big East semifinal in the last win of Preston!'s career that elicited this biggest post-game CardsFan922 excitement response since....the WVU Elite 8 game.) And the losses at ND were by 10 points (OT/Kuric Dunk game), 14 points, 33 points (!!!!) in 2009, ND was on a 7 game losing streak, and the Cardinals would go on to be the overall 1 number tournament seed. A definite pattern exists.

So history would tell us that we should win tomorrow in a close game. But these are not your Hansbro/Gody Irish. This is probably the weakest ND squad of the past 5 years. Tim Abromaitis, their best player, is out for the season. Their leading scorer is sophomore point guard Eric Atkins and the second best scorer is sophomore Jerian Grant, of whom I've never heard. Also lurking are Scott "Kyle Kuric Dunked On Me And All I Got Was This Lousy T-Shirt Reflecting 21 Points In an Ultimately Futile Team Loss In Madison Square Garden" Martin and Jack "I've Lived Off Convincing Freshman Girls I'm Really Luke Harangody For 3 Years" Cooley. There's another sophomore named Alex Dragicevich who can score for them, but I don't know enough about him to make a funny "quote as middle name" joke. So I'll just go with Alex "Chickenf---er" Dragicevich. And they've got a guy named, I swear this is real, Mike Broghammer. If it's not too late, I hope someone makes a "Sup, Broghammer" sign for the student section.

Anyway, Notre Dame comes into town for their first Yum! Center experience with a 9-6 record, including losses to Cinci, Indiana, Maryland, Gonzaga, Georgia and Missouri. So you can see, not all that bad. Their destruction of Pitt looked better two days ago than it does one day into the Depaucolypse. Also they beat Sacred Heart by like 40, although that doesn't seem fair since Sacred Heart is a girls high school.

So we SHOULD be able to avoid overtime tomorrow. But Notre Dame is sorta like our rivalry with West Virginia: every game ends up being close no matter how good the teams are. Every game has crazy events and happenings. But it's different somehow than West Virginia. Notre Dame brings out the Doctors of Dunk encoded in every Cardinal player's DNA, but West Virginia brings out the AHHHHHHHH in all of us every time we play. There's always way more intensity/dread/fear when we play West Virginia than when we play Notre Dame even though the series history is eerily similar. Maybe because we consistently win at home against Notre Dame it doesn't have quite that same feel as the West Virginia game. Maybe it's all the Catholic fans whose second favorite team is the Irish. Maybe it's that every time we play them, I mean, sure ND is up by 10 with 2 minutes to play and all of our guys have 4 fouls and their 3rd string center is hitting 25 footers, but, you know, we've got this game. Who knows.

So with the way this year's squad seems to play to its competition, and Notre Dame's style seems to always give our defense fits, and we always get down, and we always play crazy close games against Notre Dame, and they always involve huge comebacks....well, I'm going with the obviously reasonable prediction: a double digit win, overtime, a crazy dunk by a Louisville player that will forever be known as "The Yam! at the Yum!".....and a Louisville win.

Just don't count on it.