Former Florida Tight End Announces He Will Transfer To Louisville

Share All sharing options for: Former Florida Tight End Announces He Will Transfer To Louisville

Former Florida tight end Gerald Christian has informed the Palm Beach Post that he will be transferring to Louisville.

Christian, who played mostly tight end (but could play fullback or linebacker) at UF, had four catches for 72 yards and a touchdown in 2011 before leaving the team in October. The touchdown came against Kentucky.

Christian was rated as the No. 2 tight end in the country coming out of high school by Rivals.com. 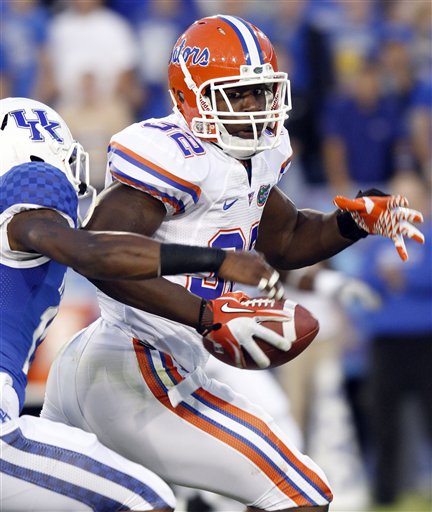 Scout.com reported earlier this week that former Gator wide receiver Robert Clark would also be coming to U of L, but the Post says that may not be the case.

Scout.com’s Louisville site reported, citing sources, that Clark has committed to the Cardinals, but that is unclear. Clark declined to reveal his plans when contacted today, and Dwyer coach Jack Daniels said he is not sure what Clark will do.

Perhaps he noticed the crop of young wide receivers on the current Cardinal roster. Who knows. I'd still love to have him.

Anyway, the Christian news is terrific for a Louisville team that will lose its likely main contributors at tight end - Stephon Ball and Nate Nord - to graduation after the 2012 season. Christian will be eligible to play in 2013.