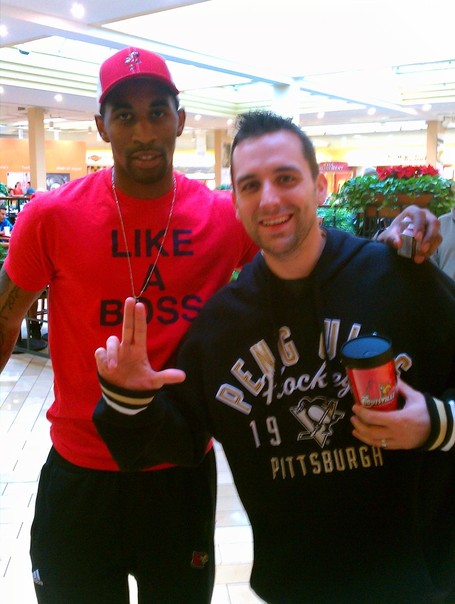 Seriously, how cool is Chris Smith? You're cool too, Eric Sampson.

Back on the radio with Mark Ennis tonight from 7-9 on ESPN 680 and streaming live on ESPNLouisville.com.

We're going to talk national signing day with some of the rivals folks in the first hour, and then...wait for it....wait for it....Jeff Goodman will be on later to talk college hoops and the dangers of not keeping promises to people you've never met but whom you still owe prizes. We'll also discuss Baylor....Baylor.

Sean Draper, the Ohio cornerback who had been targeted by the Louisville staff, has committed to Iowa.

Jody Demling tells you (video) what to expect tomorrow on signing day.

It's been a big season for cool Internet player art (not to be confused with cool Internet playa art, which you probably have to pay for...that was a bad joke, but I'm leaving it...I'm leaving it to serve as both a reminder and a warning to myself and anyone else who reads this..."playa" jokes are next to impossible to effectively execute in 2012). 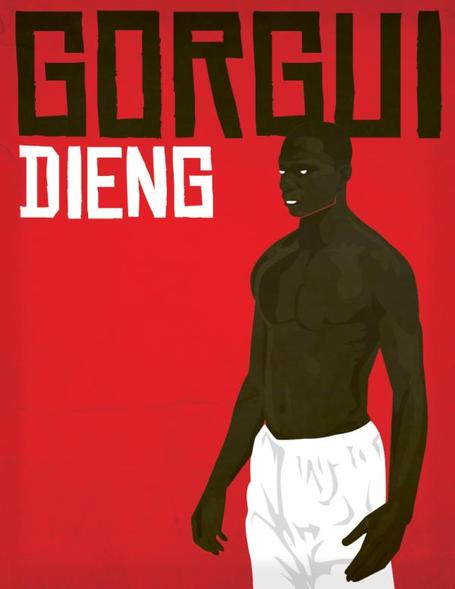 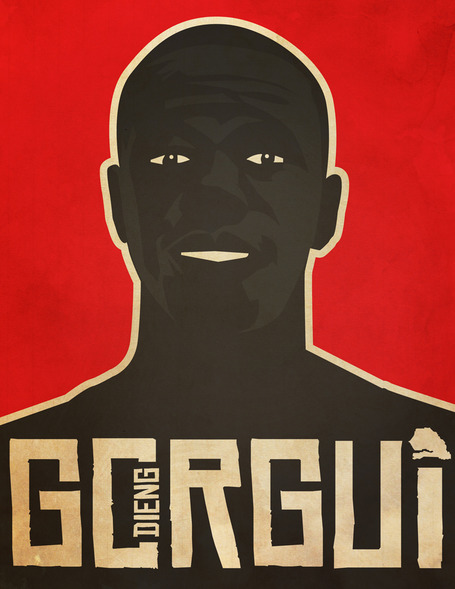 I believe that first one is a Beach Gorgui likeness. I enjoy both.

Also be sure to check out Adam Lucas' new Angel McCoughtry wallpaper.

Things just keep getting creepier at Syracuse, where it's now being claimed that Bernie Fine's wife had sexual relations with a number of SU basketball players over the years.

It sure looks like that original Deadspin post may end up coming to fruition. This thing is going to get worse before it gets better.

Trinity cornerback Ryan White has been offered a scholarship by Michigan. In case you hadn't heard, I really, really want White to come to Louisville.

Cameras followed around Louisville recruit Nerlens Noel and his glorious hair to find out what an average day for him at the prestigious Tilton School is like.

This U of L cement truck goes hard. 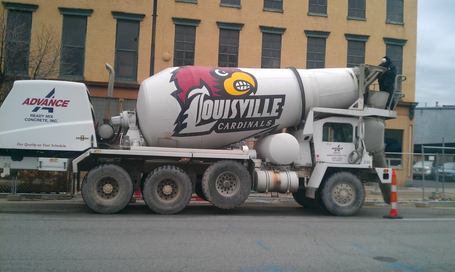 Did you hear what I said? I said, "goes hard" because it's a cement truck. Did you get that right away or did you have to wait for me to explain it? Aww, no you didn't.

I've been asked to design something for Waterfront Fashion Week.

If you think pants will be involved or a bandana won't be involved...you know what, then just get the f--k out. I don't have time for people who only act like they're all about what we're doing here, but who'll never really get it.

That was my undeserved sense of status fashion person act. Get used to it. Or don't, whatever. I don't even know what we're talking about.

The line for news and notes picture of the day is finally thinning, so if you'd like to see yourself, child, pet or whatever featured in the relatively near future, now is the time to send those suckers in (MikeRuth5@aol.com).

Have heard a number of different things on commit DeQuan Ivery, who now may be leaning towards signing with Miami. He'd be a guy it would hurt to lose.

Congratulations to Bria Smith, who was named Big East Rookie of the Week for the second time this season on Monday. 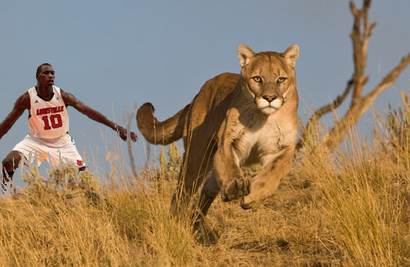 The new Big East bloggers power poll has Louisville at No. 6.

Louisville swimmers swept the weekly Big East honors.
In related news, I can only kind of swim.

Teddy Bridgewater and Shoni Schimmel are two of the Cardinal athletes up for U of L Newcomer of the Year.
Does it seem to anyone else like this is an odd time to be holding the voting for these awards? I mean, Shoni's more than halfway through her sophomore season.

Quick thanks to Tom Lane, Pat Doney and the folks at WDRB for giving CC a shoutout during the 4:30 broadcast today.
Yeah, this is about as close as I can come to reciprocating...you may have gotten a raw deal here.

This might be a rough thing to return home to after 12 months. 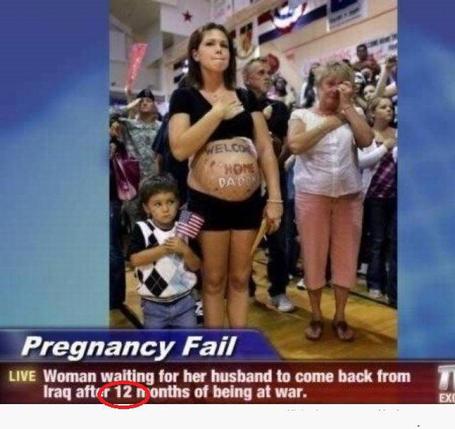 The "welcome home daddy" on the stomach is both kind of disturbing and just a blatant smack in the face.

If Card Chronicle had a signing day party, it would definitely be at Andy's TV on Shelbyville Rd. Everything in Louisville has changed over the past 15 years or so, but Andy's TV is still exactly the same, and I love it.

I used to always say I was going to end up working there and just tape a piece of paper to that sign out front to make it read "Andy's And Mike's TV." Never seen anyone walk in or out of that place, but it's still there, man. It's still there.

Space could be an issue. I'm confident Andy wouldn't mind us drinking though.

Jason King's weekly college hoops review includes a couple of Louisville mentions and is worth a read.

And finally, Louisville's win over Seton Hall allowed it to jump 11 spots in the RPI rankings up to No. 27. The Cards' strength of schedule currently rests at No. 40.