Share All sharing options for: Louisville at St. John's Preview 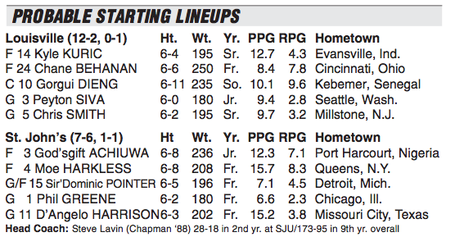 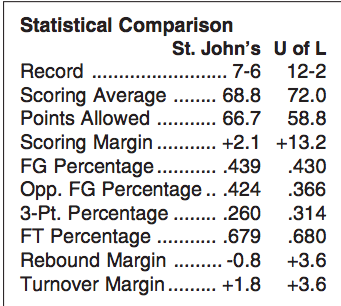 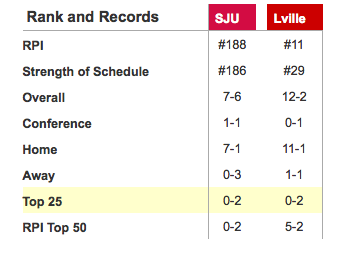 Three Keys To Victory:
1) Keep it pretty.
In its last two non-BET trips to the Garden, the Cards have allowed St. John's to uglify (word) things up and have ultimately walked away with defeats. U of L has to shoot better from the field (scoot up to the college line, gents) so they can get into their press and score cheap points off of turnovers. The Cardinals were only able to put their press on 12 times against Kentucky.
2) Limit Moe Harkless.
The freshman dropped 32 in SJU's blowout win over Providence and then came back with 16 against Connecticut o Saturday. Following the latter game, Harkless admonished himself for "not taking over." That's a pretty surefire sign that he's going to come out gunning tonight. He's talented enough to almost win a game entirely by himself, but that can only happen if Louisville's guards let him
3) Finish around the basket.
Rick Pitino's comments in the wake of the Kentucky loss should have made it pretty obvious to everyone that Louisville is going to look to get the ball inside early and often tonight. The Cards have had some success getting their big men in position to score, but finishing at the rim has been a consistent struggle, especially for freshman Chane Behanan. If Pitino wants to pound it in the paint, his big men are going to have to prove they can consistently turn those post feeds into two-point possessions.
Card Chronicle Prediction: Louisville 74, St. John's 64
We lose tonight and you have my full permission to flip the f--k out.