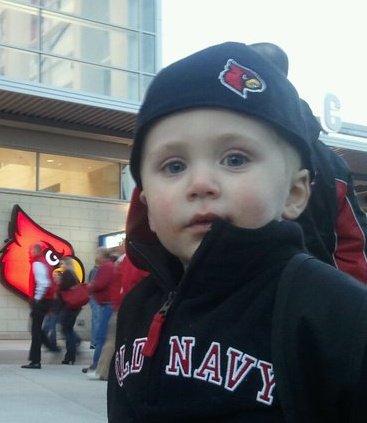 Apparently every time 3-year-old Connor Burkholder sees a bird he asks if it's "go Cards."

Louisville is currently a 7.5-point favorite over St. John's

I know a lot of people are upset right now (obviously), but time is going to show that Louisville lost a pair of hard-fought games last week to two of the better teams in the country. Rick Pitino believes everything will be fine if this team continues to improve and gives yet another strong showing in Big East play. That all starts tonight in the first of four crucial games over the next two weeks where U of L figures to be the favorite.

Pitino believes the next four games will say a lot about the rest of the season.

Starting with tonight’s game at St. John’s, the Cardinals will face Notre Dame, Providence and DePaul — all are unranked and projected to finish in the bottom half of the Big East standings.

Bill Raftery on the call for tonight's game on ESPNU. Boink.

Gorgui Dieng now ranks 13th in the country in blocked shots and 20th in rebounding.

Cool fact tweeted on New Year's Day by Kenny Klein: Louisville's men's basketball team has faced more schools in the top 50 of the RPI (7) than any team in the nation (5-2 record).

We didn't get a chance to talk about this last week, but a number of folks - including several at Rivals - have said that when James Burgess Jr. announces his college decision, it will be Louisville. Burgess is a three-star linebacker out of Homestead, Fla. who boasts offers from LSU, Florida, Miami, North Carolina, Ole Miss and a host of others. He's a big-time land if these murmurs are true.

A 2012 linebacker class of Burgess, Keith Brown and Nick Dawson would be absurd. Both Brown and Dawson will announce their decisions at the U.S. Army All-American game on Saturday.

Plenty of folks were upset on Monday that Louisville remained in front of Indiana in both national polls. Their concerns were probably justified.

And this is why the polls are the polls: At this point, of course Indiana deserves to be ranked higher. The Hoosiers are 13-1 with a win over Kentucky and a win over Ohio State; few teams outside of UNLV can boast one win of that quality, let alone two. Indiana's only loss came on the road at now-No. 11 Michigan State. Contrast that with Louisville, whose best win is probably a 62-60 overtime victory over a then-struggling Vanderbilt team. The Cardinals lost twice last week, and while the Kentucky loss was actually somewhat impressive -- the Cardinals hung tough on the road with a much more talented team -- the disappointing home performance to Georgetown early in the week raised appropriate questions about this team's true quality. If you're willing to use per-possession statistics as even a general sign of ability -- and why wouldn't you be? -- Indiana's numbers rank it among the best seven or eight teams in the nation. As of Monday, Louisville is ranked No. 17.

Yet, because the Cardinals were overranked at No. 4 overall -- thanks almost entirely to the slow attrition that naturally occurs when a team begins the season in the top 10 and doesn't lose until the last week of December -- the Cardinals stayed in the top 10 this week, at No. 10. The Hoosiers came in at No. 12. This is the way the polls work. The coaches, and even the AP voters, are almost always unwilling to reset their ballots entirely, even when the evidence would seem to nudge them rather obviously in that direction. Which is why it's good these polls don't matter one bit. Sometimes -- often, even -- they're just flat-out wrong.

Executive summary: polls are dumb. Polling with so many subjects to choose from is an inexact science 100% of the time, which is why a postseason tournament is always a necessity.

This is your life in a few years, kids. Even when you do make it out with friends and are appearing to have a good time, you're really just wishing you were lying down on a couch somewhere with a blanket and two pillows.

Kentucky will play its annual game in Freedom Hall tonight. It won't sell out.

The Louisville women's team is 12-2 overall and 1-0 in the Big East, but the Cards are still looking for consistency heading into tonight's game against Marquette.

A week after one football rumor site said U of L was set to hire an SEC assistant as its new offensive coordinator, another is now saying that Shawn Watson will be promoted to (or remain...did we ever figure out exactly what the title situation was there?) Charlie Strong's OC.

As long as we don't end up hiring Dauber Dybinski, I'm good. I mean, dude is hilarious, but there's no way I want him in charge of any of our young men wearing red and white. To be perfectly honest, it's borderline unbelievable that he was able to retain any coaching job - let alone the pair of high-profile ones on his resume - for such a lengthy period of time. Man's IQ can't be triple digits. 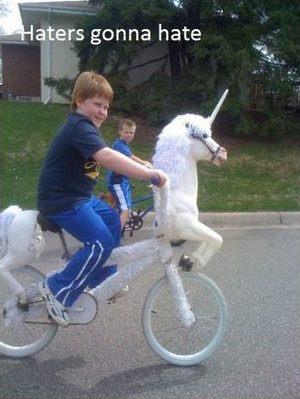 Mark Story of the Herald-Leader has a nice numbered column centered around the U of L/UK rivalry, and it features the following tidbit:

10. Cats did something rare: According to research from ESPN, Kentucky on Saturday became the fourth men's college hoops team in the past 10 seasons to win a game in which it shot less than 30 percent from the floor (29.8) and committed more than 20 turnovers (21).

I'm not sure how to feel about that.

Class of 2013 point guard Kasey Hill committed to Florida on New Year's Eve. He had been recruited fairly heavily by Pitino and company.

And finally, the Louisville baseball team will host Western Kentucky for a special "Cancer Awareness Night" game on April 3 at Jim Patterson Stadium.

10. Cats did something rare: According to research from ESPN, Kentucky on Saturday became the fourth men's college hoops team in the past 10 seasons to win a game in which it shot less than 30 percent from the floor (29.8) and committed more than 20 turnovers (21).