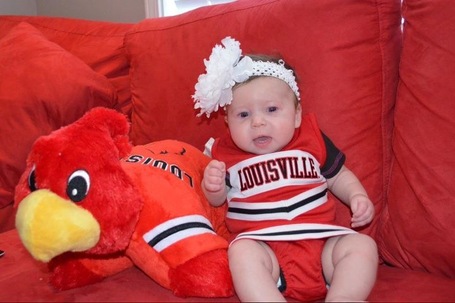 Thank you very much, Miss Lippy.

Louisville has opened as a one-point underdog tomorrow night at Seton Hall.

Loved this story from C. Ray Hall on the superfans who spend their winters in Louisville solely so they can attend Cardinal basketball games.

"Most of my girlfriends think that I'm crazier than him because I come and do this with him," Bobbie Hilleary said. "But you know what? I like it just as much as he does."

Woman of my dreams. Age is just a number, Bobbie. Drop me a line whenever. Email address is right there on the left side of the site (*whispers* it's AOL...wink).

Things have not gone well for Shenard Holton since he left the Louisville football program.

This from the Bowling Green Daily indictment reports:

Get it together, man.

Rick Pitino may be going up against former assistant Kevin Willard tomorrow night, but that's definitely not going to be on his mind while their two teams are playing.

The woman brings in the stars.

ESPN's Andrea Adelson hands out some grades to the Louisville football team for its 2011 season, and ultimately hands the Cardinals a B overall.

Overall: Things appeared headed for doom when Louisville opened the season 2-4, with losses to FIU and Marshall. But the Cardinals were able to overcome the slow start and pick up a huge win at West Virginia, along with a share of the Big East title for the first time since 2006. Did things go perfectly? No. There were some bad losses, and some good wins as this team figured out how to mature and grow up. Seeing Bridgewater and his young receivers get better was a positive. But there were also times when this team appeared to be unfocused and unable to capitalize on some of its success. Do you give Louisville a great grade for winning a share of the league or do you downgrade for the overall 7-6 record? I give more weight to the conference crown and the way the season finished up. After all, this team far exceeded expectations. Grade: B.

Louisville defensive end Greg Scruggs. Every time I talked to him, he had something interesting to say. I was as surprised as most everybody when he found himself in trouble at the end of the season, but I give him a major amount of credit for issuing this apology.

Lost Letterman says Louisville has the eighth-worst uniforms in college basketball. In our defense though, both their lists (best and worst) are awful.

It seems Louisville may have dodged a bullet when Justin Coleman failed to qualify. The former Cardinal signee was kicked off the team at Marshall on Thursday.

Speaking of Coleman, check out this forgotten clip of Soccer Gorgs:

Apparently BBC just got a $100,000 loan from the city. All right, well I've got more than four times as many Twitter followers as BBC...so I'll just take that $400,0000 + check whenever you find a couple of spare minutes.

I can't wait until I'm finally in charge of everything and instead of dedicating buildings and monuments to people, I start giving them derogatory names based off of anyone who has ever crossed me.

When that bridge finally does get built, it WILL be the "Blow Me Goodman."

"Heavy traffic if you're crossing the Blow Me Goodman into Louisville this morning. Motorists may want to think about utilizing the U. S. Reed Sucks exit ramp onto My Third Grade Teacher Mr. Conner Was a Huge Dick Street." 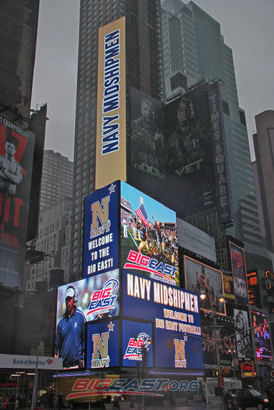 Jeff Goodman, he of 2031 bridge dedication fame, talks about the Louisville basketball team settling down in the wake of so many injuries. He also shafts us a pair of wins, of course.

I suppose there are worse things to be remembered for, although I can't think of any off the top of my head. 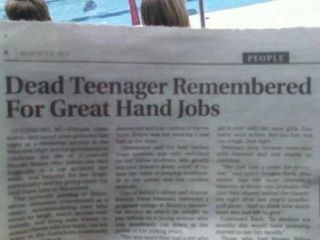 The drawing for this year's Kentucky high school Sweet 16 tournament took place, and Louisville's 6th and 7th regions drew each other in the first round.

The Louisville baseball team has earned its fourth preseason top 25 ranking. The Cardinals also got their season underway today with a pair of open scrimmages.

In the wake of Greg Schiano's departure, Charlie Strong might very well end up with the Big East's best recruiting class for a second straight season.

Louisville has reportedly offered a scholarship to class of 2013 point guard Zach LaVine. Pitino and company are ging after a lot of floor generals for the second year in a row.

And finally, check out the Louisville basketball drinking game. Good timing with a Saturday night game on the horizon.