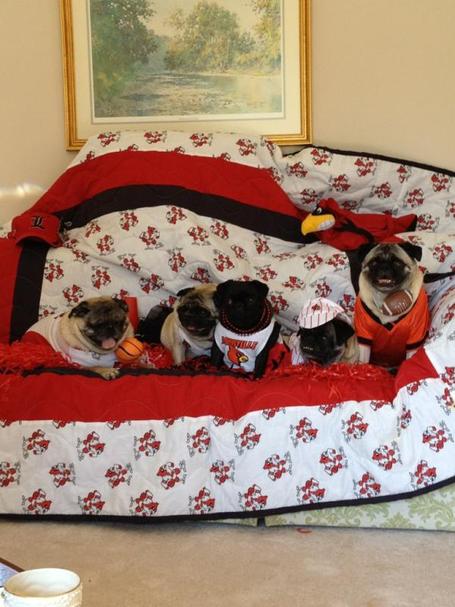 It's each's ability to suitably accessorize that really makes me gravitate towards this picture.

It appears Terrence Williams' NBA future is not in Houston, as the Rockets announced today that they were declining to pick up his option for next season. That should make for a tough few months for Terrence, but hopefully he will eventually land on his feet. 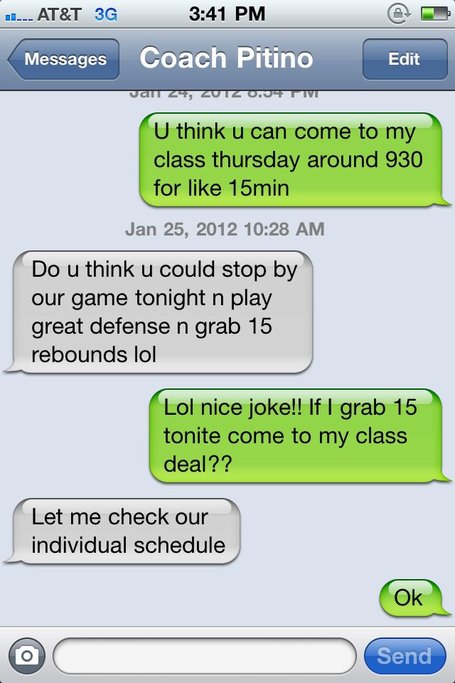 Congrats to the Louisville baseball team, which earned its second national ranking of the preseason on Tuesday.

The Louisville baseball team earned its second preseason ranking on Tuesday as the Cardinals were slotted at No. 24 in the Baseball America Preseason Top 25.

Never one to be outdone, the Louisville softball team also garnered a preseason ranking of No. 24.

Interesting news from the AJC, which reports that five-star recruit Josh Harvey-Clemons may not be visiting Louisville this weekend after all.

There is a good possibility that Harvey-Clemons will switch his final official visit from Louisville to Miami. That's because, as of late Tuesday night, Louisville had not finalized travels plans for this weekend's visit.

"If Louisville doesn't respond, and Josh talks to Miami and wants to go down there, I will take Josh down to Miami myself this weekend," Clemons said. "That will be decided tonight and Josh will make that decision. I don't know what's going on with Louisville. Apparently, they think it's a ‘done deal' and they've given up."

It sounds like the staff is sending a "we don't care how good you are, if you aren't serious about coming here then we're not going to let you waste our time" message. Can't say I was ever sure I'd see the day where a Louisville football staff would be in that position. It's cool.

Just when you think he's content to let it die.

I'm convinced the man takes pride in being the only human to make the field in each and every CC Least Cool Person Tournament to date. I guess there's something to be said for doing what you can to keep a streak alive.

A very happy day of birth to Mr. Scotty Davenport, whose Bellarmine University Fighting Mike Rutherfords reclaimed the No. 1 spot in Division-II earlier this week.

Easily one of the most well-liked people in town.

Congratulations to Larry O'Bannon, who has been named an all-star in Argentina's top professional league. He's currently averaging just under 17 points per game. 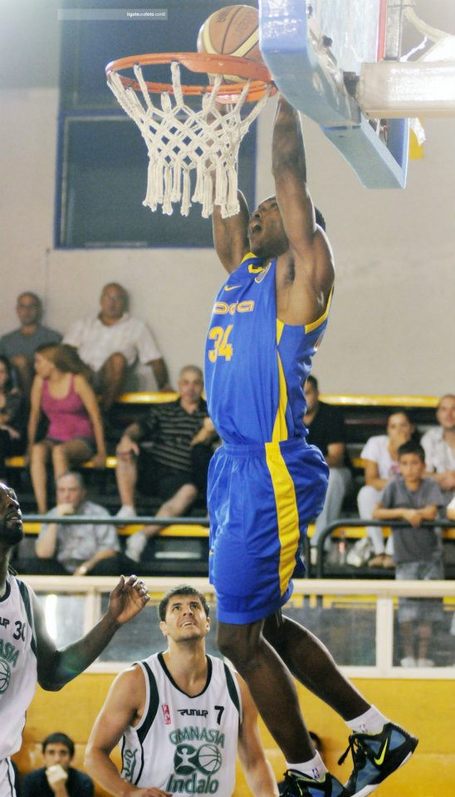 Dude about to dunk right in front of you, pink tank top. Not even sure why you bought a ticket.

Apologies to anyone who tried to listen to the radio show last night and had some trouble with the stream. I'm told the problem was solved during the second hour and everything's kosher now.

Thanks to all who tuned in and sent positive feedback. We'll be back next Tuesday.

Henry Clay star Trey Grundy - who also starred on the Louisville Magic AAU team this past summer - says Louisville has been paying him a lot of attention.

And the college showing the most interest?

"Louisville," Grundy said. "They're showing the most right now and I really like their style of play. I enjoyed it when I was there (for a preseason scrimmage)."

The 6-foot-6 Grundy, considered one of the top prospects statewide in the Class of 2013, has also heard a lot from Indiana, Xavier, Tennessee, Illinois and Purdue. He's been on visits to all of those schools except Illinois.

Solomon Poole, a four-star recruit and the brother of former Kentucky Wildcat Stacey Poole, has been suspended for the remainder of his junior season after being ejected from a game for the second time. Louisville has been among the schools showing interest in the talented combo guard.

The only Nova who's truly worthy of support: 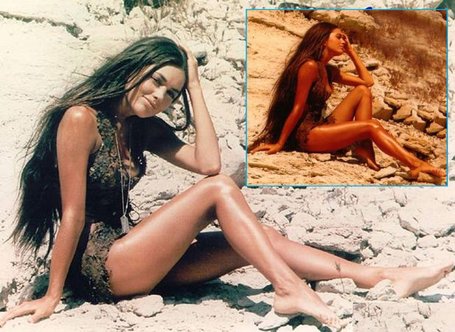 Fact: I own the entire Planet of the Apes series. Double fact: my testicles are named Cornelius and Zira.

The 2009 Louisville Cardinals are on the ballot for the best Big East team in history. You can vote for them here.

There have been several moments throughout the course of my life where I wish my reactions to one thing or another had been captured on tape. Near the top of the list is when the zoomed in replay showed Allen Ray's eye being knocked out of its socket during the '06 Big East Tournament. I'm not sure I've ever been more shocked by something on television and I definitely dropped one of the biggest "gasp/OH SH-T" combinations in the history of man.

I'm not going to post the video, but it's all over the Interwebs for you to relive.

Check out the new platinum Nike uniforms that Kentucky, Syracuse and a few other teams will be wearing for one game over the next month.

Louisville/Nova is one gambling website's "free play" of the day, and its recommendation is to take the Wildcats.

The all-time series between Louisville and Villanova is tied at 8-8. A Cardinal victory tonight would get them to 4-4 in the Big East.

That's like 3/4 of a Jim Carrey screenplay right there.

Maalik Wayns has averaged 30.3 points per game over Villanova's last three contests, and leads the Big East in scoring during conference play. The last time they had a guy putting up similar numbers heading into a game at Louisville, Scottie Reynolds dopped 36 in the longest game ever played at Freedom Hall (the whistles...my God, the whistles).

Apparently there have been rumors swirling around campus that Wayne Blackshear is going to play tonight. I only mention this because I've gotten more than a few emails/twitter messages about it.

Considering the fact that Pitino says he hasn't started practicing yet, I would be shocked if FW suited up tonight.

And finally, your game preview from the opponents' point of view.