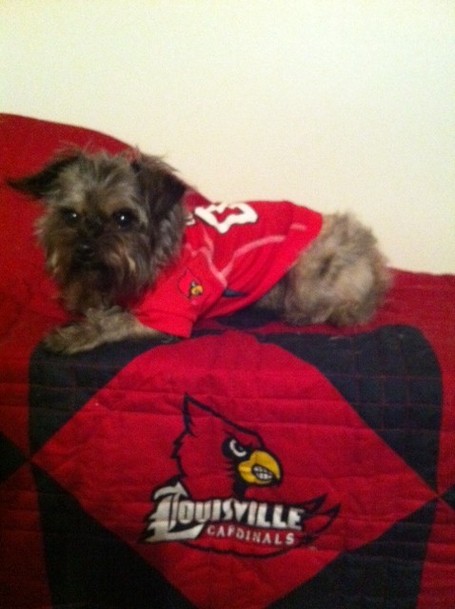 Bentley hates Pitt...and the fact that Hollywood seems to have a strange obsession with needles piercing flesh. The main character's getting a shot, we get it, there's no need to waste five seconds on a close-up of the actual injection. No one's going to think it's cool, in fact, the only reaction you're going to get from such a shot (no pun intended) is a negative one.

I agree with him.

How hard has Louisville been relying on Russ Smith for offense recently? Almost unbelievably hard (really hope that's the last time "unbelievably hard" is ever highlighted for linking purposes on this site).

*During Pitino's 10-plus seasons at U of L, Reece Gaines averaged more field-goal attempts per game than any player. That happened during Pitino's first season here in initial rebuild of 2001-02. Gaines took 14.3 shots per game for a team that lacked a consistent inside game and went to the NIT.

*Smith's full-season average is only 11.6 shots per game, but he's played less than 20 minutes in seven of Louisville's 19 games, including one game when he did not play.

*I made a list of the season-by-season leaders in field-goal attempts. When you break the numbers down to Shots Per Minutes Played, Smith is the only player to average more than 0.5 shots per minute for Pitino here. He's taking 11.6 field-goal attempts per game while averaging 22.2 minutes.

Without doubt, the question I have received more than any over the past couple of months has been where can you purchase a pair of the Cardinal football gloves the team wore during the last half of the season. The answer is that the gloves are not currently available for purchase anywhere, but U of L is auctioning off a pair on its website right now.

Local media feuds have seemed to be popping up everywhere during this basketball season, and - as Chick points out - the latest appears to be between Drew Deener and Lachlan McClean.

Not going to lie, I'm starting to feel a little left out.

Does anyone know like an average-sized middle school kid who recently started a local sports blog (there are like a thousand now)? Or maybe a female? Actually, let me specify: a non-former or current athlete female with a local sports blog? Because she probably needs to be taken down a peg or two.

Also, what do you think it would take for Eric Crawford to backhand Jimmy Dykes? He's not technically local, but he might as well be...and now I've got the image in my mind and I really want to make it a reality.

Recruiting Host: NOT A PROSTITUTE. We mean this. For the most part, when you see the words "recruiting host," think "former high school student council member." Very into belonging, and identity, and having a bland but excellent resume filled with social club memberships, a passable to excellent academic record, and a kind of general Tracey Flick profile overall (minus the insanity and Reese Witherspoon's cheekbones).

Recruiting hosts are not necessarily female, but are female. If a recruit were gay, they would be male, and impeccably groomed. The further south your recruiting visit goes, the more fearsomely overmade and attractive the recruiting host. Recruiting hosts at Notre Dame may be polished and attractive guides to the myth and legend of the South Bend campus. Recruiting hosts at a place like USC or Auburn are tomorrow's Senatorial wives or Senators themselves, polished charm assassins who will likely not sleep with a recruit, but who will certainly beguile, educate, lobby, and then point the recruit in the direction of a place where the most direct and personal form of recruiting can occur.

You may be tempted to underestimate the recruiting host. Do so at your own risk. They are deadly in their purpose, and will remember any slights or past insults when they reject your child's private school application as a member of the admissions committee.

A five-day gap between games has given Rick Pitino some time to hit the recruiting trail, and apparently he's spent at least some of that time watching class of 2013 center Dominic Woodson from Vermont. Woodson went head-to-head with fellow '13 big man Nerlens Noel on Wednesday, a player who visited U of L just a few weeks ago.

Charlie Strong and company seem to be enjoying life on the recruiting trail.

A twitter conversation las night led me to look up this Andy Katz story from after Louisville's win over Washington in the 2005 Sweet 16.

"That set the tone because they had to realize we were a tough team," said George, a senior who was playing with a stress fracture in his right foot. "It set the tone for the rest of our team."

And boy did it do the same for the Huskies.

"We knew that's what kind of team they are, and if you're not ready, you're going to get popped," Jones said after No. 4 Louisville moved onto the Elite Eight with a 93-79 dismantling of the Huskies Thursday night at the Pit in Albuquerque.

"They play exactly the way they do on TV, and unless they call a foul, it's legal to them," Jones said. "They were [the most physical team we faced] from the point guard down to the center. You see how big they were? They hit the weights. ... Maybe I'll hit the weights in the offseason and gain 20 pounds or something."

This was a classic case of East Coast tough ball versus West Coast finesse. Washington wanted to chuck and run, get up and go on the break if it could. Sure, the Huskies got a bit down and dirty early in the game with their defense, but three fouls by Nate Robinson forced the Huskies into a zone and the Cardinals ripped off a 31-12 run to help them go from down nine to up 12 at the half.

Sure, the Cardinals made 3s, lots of them -- seven of them in the first half alone (11 overall). But how do you think the Cardinals, notably Francisco Garcia (five 3s) and Taquan Dean (five as well), got open for those 3s?

"It really set the tone," Louisville senior Ellis Myles said of George's screen. "We saw Robinson out there dancing before the game, and then running up the ramp woofing. But that got the tempo going, [and it] showed who had the physical team.

"It got us going because they were turning their heads and they never knew where we were at," Myles said. "Our goal was to control the backboard and we did that (44-33). Everyone knows we're a real physical team."

God I loved that team.

By the way, here's the pick in question:

Final results on the "will Louisville make the NCAA Tournament?" question:

Can you imagine your September self reading those numbers? I would have gotten even more drunk after the UK football win...and, yeah, that would have been an accomplishment. 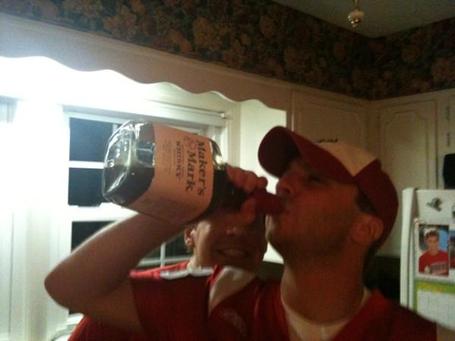 Whenever things like injuries or 31-point losses to Providence get me down, I think about Charlie Strong...or straight pulls of Maker's while donning a game-worn Art Carmody jersey.

I once had dreams of public office.

New season of Archer starts tonight. Just started watching the first two seasons a couple of weeks ago and I'm more mad at myself for taking this long than I am happy I finally found it.

Much of the reason for Pitt's struggles this season has been the failing health of point guard Tray Woodall. He came back too soon three weeks ago against Notre Dame and has been back out of the Panther lineup ever since. Woodall says he's hopeful he'll be able to play against the Cards on Saturday.

In case you'd forgotten or weren't aware, Saturday's game is also the ESPN College GameDay game of the week.

The University of Pittsburgh will host "ESPN College GameDay" at the Petersen Events Center on Saturday morning before the men's basketball game against Louisville.

Doors open at 8:30 a.m. for the live TV broadcast from 10 a.m. to noon. Admission is free to the public. Parking will be available in the OC Lot.

Fans are encouraged to bring signs and posters and wear Pitt Panthers shirts. There will be a variety of giveaways during the show.

The first hour of the live broadcast will air on ESPNU before switching to ESPN for the second hour.

Pretty sure ESPN has the resources to choose their GameDay destinations the week of like they do for football. Probably should start doing that.

The Washington-Post has an interview with former Cardinal midfielder Nick DeLeon, who was recently selected by D.C. United in the first round of the MLS Draft. 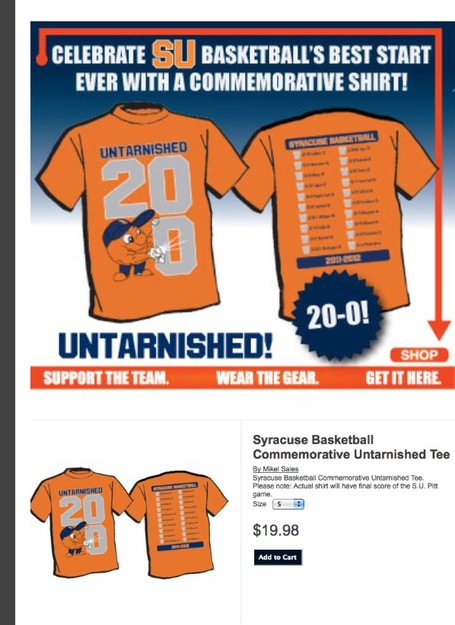 And finally, it was a sad day in the city as Louisvillian Art Hoffman had his world record of stuffing 33 t-shirts in a microwave shattered when Orrin Gilkison of Lakeland, Fla. did 38.