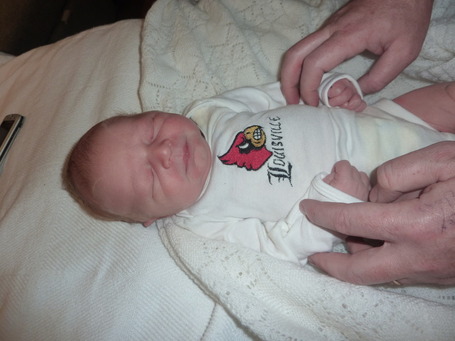 Oldham Graas hasn't been around all that long, but it would appear as if he's already seen enough.

I've been told by someone at Nelligan Sports that as of right now (approximately 4:30 p.m.), the plan is not to take any calls from fans during tonight's Rick Pitino Radio Show. According to Lachlan McClean, Pitino will be calling in from the road and never takes calls in that situation.

I'm not sure whether or not that's a good thing as far as the overall climate surrounding the program is concerned, but I'm certain it will make for a less newsworthy hour of radio.

The word from U of L is reportedly that Kevin Ware suffered a bruised knee during the Marquette game and will play on Saturday against Pittsburgh. I'm told Ware has confirmed on Facebook that his injury is not serious.

I think the first thing all of us probably did last night, when we heard the news about Rakeem Buckles, myself included, was to (either consciously or subconsciously) feel sorry for ourselves. It's a shame because I'm sure there's no one more upset about this than Rock himself.

Because of all the other injuries, the team's recent slide and the controversy surrounding its head coach, it's almost being overlooked that one of the most popular players on the team is all of the sudden in an almost unfathomably frustrating situation. Buckles was the lone cause for optimism after the loss to California in the 2010 tournament, but since then he hasn't been fully healthy for more than a month straight. I can't even imagine how difficult the next 14 months are going to be for him, both physically and mentally.

Side note: how badly does it suck for those kids who would have been rated 148-150 had the organization not chosen to make its name a play off of 24/7?

U of L commit Nick Dawson was the biggest mover in Rivals.com's new class of 2012 rankings, leaping 43 spots into the top 100 at No. 89. He is rated as the sixth-best linebacker in the country.

More good news for the class of 2012 as fellow linebacker commit and U.S. Army All-American Keith Brown has been named the No. 1 linebacker in the state of Florida by Rivals.

These have been emailed to me, so I'm not sure where they came from. If you deserve the credit, feel free to hit me up: 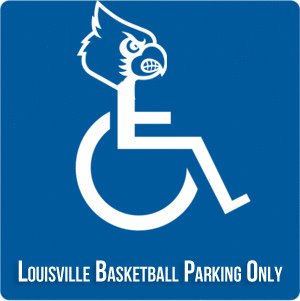 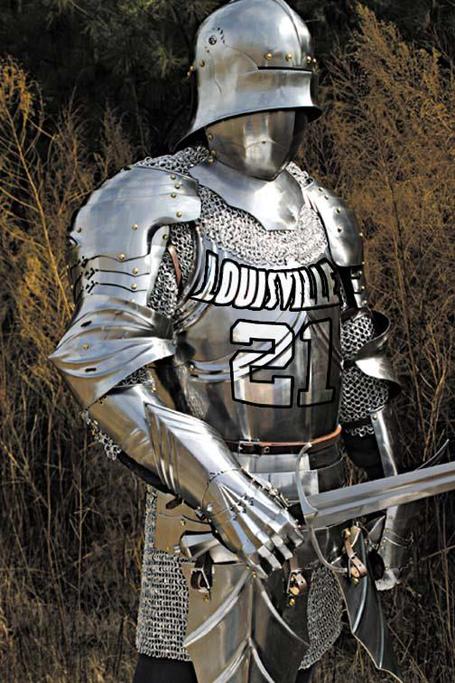 I had a dream last night ("Anything interesting?" "Always is to the party concerned.") that there was a breaking report stating that a few weeks ago Peyton Siva was swallowed by a crocodile. According to the report, that crocodile then became sick and one of its children had to swallow it in order to save its life (Basic science. Stop playing Words With Friends and read a book). The second crocodile then regurgitated both its mother and Siva, who then played in Louisville's game against Notre Dame that same day (we lost).

In the dream, all I could think was, "Oh my God, I've got to write about this." And then, "this explains so much!"

Even if it is being swallowed by a crocodile, double swallowed by another crocodile and then regurgitated, I'd feel a lot more comfortable if some explanation for Siva's play and demeanor were offered.

Jody Demling reached out to me a bit earlier to make the point that the "Why is Louisville Recruiting Struggling?" post that was bumped to the front page earlier today was a bit misleading. As he pointed out, several of the listings for those elite recruits are outdated.

Of the top 14 players that don't have Louisville listed, Nerlens Noel and Jonathan Williams have both visited U of L recently. Troy Williams was here for a visit in October and Jabari Parker is a guy who hasn't come out with a list but who Pitino has seen multiple times. Additionally, Solomon Poole is interested in Louisville and definitely not interested in Kentucky anymore, as he is listed as being.

Time will tell how successful they ultimately are, but right now the staff is in on several of the top members of the class of 2013.

I'm aware that there has been some talk about the staff being hesitant to accept Wales' commitment, but it's hard to see them passing up the opportunity to keep one of the top local players home, even with Miami RB Brandon Radcliff's recent commitment. 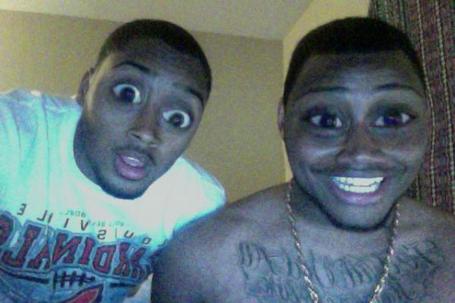 I suppose you can't call it the offseason anymore, though, as Charlie Strong tweeted out this afternoon that winter workouts officially began today.

Not going to get all into it, but SOPA is not cool.

And finally, thanks to all who tuned into the new ESPN radio show last night. It was a lot of fun and we'll be back on the air next Tuesday.