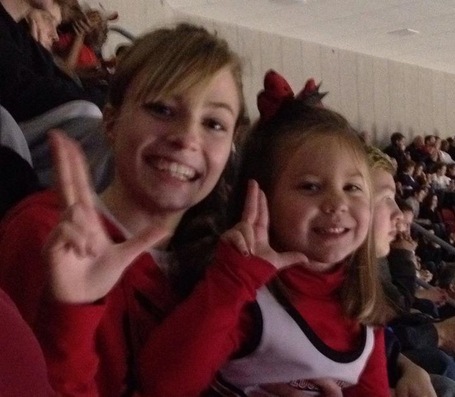 When it comes to DePaul Day, Madicyn Faith has just that...faith.

NPR tried to hire me to write the opening lines for some of their personality profile pieces, but I was like "where am I going to post all the pictures of kids and dogs that people send me?" The guy doing the interview hesitated for a second and so I bolted. Then I knocked over one of the vases in their waiting room. Then I wrote this post.

Between the DePaul Day miracle two nights ago, the first real snow of the year yesterday and now the news that Wayne Blackshear is practicing and could play in two weeks, I'm convinced that this changed everything.

Oh we're on out way, I know we are. Somewhere not so far from here. All I know is all I feel right now, I feel DePaul Day growing in my hair.

It was a big night for the Louisville connection of Jerry Smith and Preston Knowles (AKA "Jerry Knowles") on Thursday as Smith finished with 12 points, nine boards and nine assists, while Knowles scored a team-high 14 points and hit the game-winning 3-pointer.

There's visual proof of all of this right here.

I love you, Preston Knowles. I love you for sentimental and basketballmental reasons.

I'd also like to note that my spell checker did not find an error in "basketballmental." I'm now feeling like our relationship for the past year and-a-half has been a lie, unnamed MacBook.

CC Co-Men of the Year getting love in back-to-back Cardinal heads. I'm having '11 flashbacks.

Cards and Cats takes a look at some revealing bowl game statistics.

Bowl Record by Conference Since 2005-06 season

These facts speak pretty loudly, but raise your hand if you think the Big East won't still be the main target of ridicule once college football talk heats up in the early summer.

Perception always trumps reality. Write just that sentence on any essay final you take in college and...well, you'll fail but you'll have an extra couple of hours to drink or play video games or something.

Congratulations to Drew Deener, who earlier this week was named Kentucky Sportscaster of the Year.

Members of the committee overseeing the award informed me that Deener was honored despite his unwillingness to refer to Elisha Justice as "the hottest male athlete in the world" on air. Apparently it wasn't a strong year for sportscasters in the Commonwealth.

In all seriousness, congratulations to Drew.

Google News is always spot-on with their picture selections.

Louisville is an eight seed in the new CBS Bracketology.

I wish recruiting sites would just cut the bullshit and not even rate these kids until they commit somewhere. It'd be a lot more genuine than taking a power forward no one has ever seen play and inserting him into your top 100 at No. 37 three days after he committed to Duke.

Chris Smith talked after the Notre Dame game about players listening to their families instead of Rick Pitino. Maybe he was talking about himself because apparently if you don't listen to his sister she will drop your ass.

We need something to get Mr. Buckles out of his recent funk. Maybe this will help: 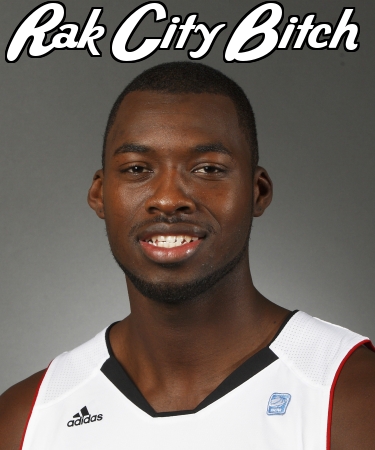 Terrence Williams is again dealing with some professional adversity, but this time he's handling it in a far more mature fashion.

Bill Connelly lists the top 100 games of the 2011 college football season. Louisville's win over West Virginia makes the list, as does its losses to Florida International and NC State in the Belk Bow.

Rutgers blog Cardiac Hill thinks Louisville will represent the Big East in the BCS next season.

A huge win for Steve Masiello and Manhattan last night as they knocked off MAAC favorite Iona at the buzzer. The Jaspers have already won five more games under Masiello than they did all last season.

The definitive "Tim Tebow as a Centaur" post of our era (OMG what does this have to do with Pitino!?).

"It's not a high school program, and playing (for U of L) is not for the faint of heart," he said. "You have to treat it as a business. Basically you're just there to do your schoolwork and play basketball. Anything else is putting stress on your body as far as staying out, going out to clubs or hanging out.

"Honestly, that's how it should be. You're a Division I basketball player."

Knowles said U of L players are never at 100 percent - "you're playing at 80 percent like the whole season" - because they practice so hard so often. He said it makes the team tougher but leaves it susceptible to a performance like Tuesday's.

"That's Coach P's forte," Knowles said. "He plays hard, he's going to outwork people and he's going to outtough people. It's a mind-set. It's tough playing there. You love playing for Louisville, but going that hard and that intense every day, basically six or seven times a week, it can wear on you."

And then this from Denny Crum:

"Whether it's right or wrong, Rick's got the reputation of overworking his kids," Crum said. "And I don't know if that's true or not - I have no way to know that. I don't go to their practices and stuff, so I have no idea what they're doing."

My only response to all of that is thank God we play DePaul on Saturday, because I don't even want to think about what I would be reading Saturday night if this team were to take another L.

That was a past-tense, declarative statement, not one of encouragement.