Providence's Second Leading Scorer Will Not Play Against Louisville

Share All sharing options for: Providence's Second Leading Scorer Will Not Play Against Louisville

According to a post on his Facebook page, Gerard Coleman, Providence's second-leading scorer at 15.1 ppg, will not play in tonight's game against Louisville.

Coleman was at the hospital this afternoon getting X-Rays on his back for an injury he suffered in the Friars' loss to Seton Hall on Saturday. Hours later he posted on the social network site that he would not be suiting up Tuesday evening. The sophomore apparently suffered the injury when he ran into Pirate big man Herb Pope. 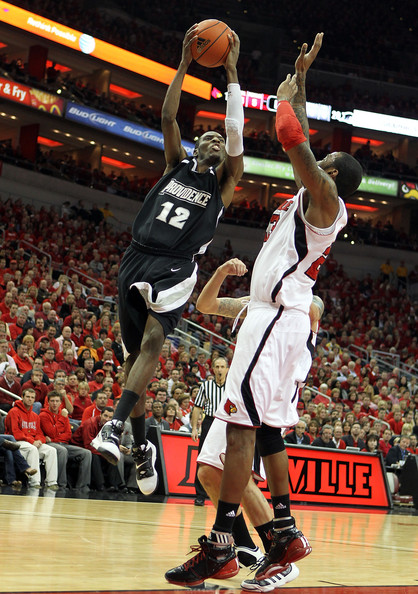 Coleman averages more than 35.1 minutes per night for Providence, and has scored in double figures in every game but one. He scored 19 points in PC's home win over Louisville last season, and eight in their loss at the Yum Center.