Benavides, Butler out for a second straight week

Share All sharing options for: Benavides, Butler out for a second straight week

Charlie Strong announced during his radio show Wednesday night that starting center Mario Benavides, defensive end B.J. Butler, and running back Corvin Lamb will all be sidelined for a second straight week because of injuries.

Cornerback Jordan Paschal, who had been named a starter towards the end of fall camp, will play but will not start. Defensive tackle Roy Philon will also return to the field. 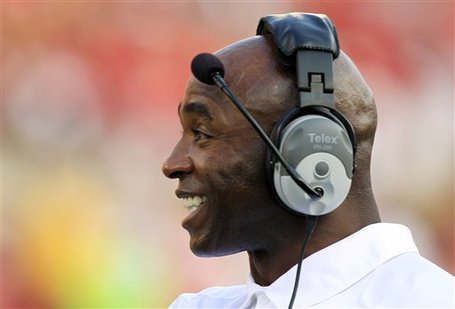 Additionally, Strong said defensive tackle Greg Scruggs would get more snaps. The senior captain was held out for nearly the entire game against Murray State, but appeared in a series late in the game and promptly recorded two tackles and a sack.

No update was given on the status of wide receiver Josh Bellamy, who tweaked his hamstring in the first half of last Thursday's game and did not return. He is still listed as a starter on the current U of L depth chart.