Share All sharing options for: Another Cardinal commit tears ACL

Brush High School (OH) safety/RB Kevin Houchins became the second player in Charlie Strong's 2012 recruiting class to tear his ACL when he did so during practice on Tuesday. He suffered the injury during a standard punt return drill.

Houchins will miss the rest of the season. 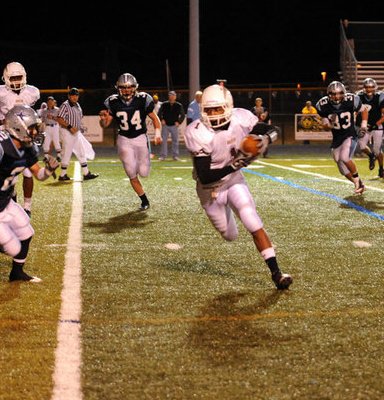 "He's OK," said Brush coach Rob Atwood. "He's got a pretty strong faith so he feels everything happens for a reason and he's had a pretty positive attitude."

Coffee County quarterback Will Gardner, who committed to U of L in July, suffered the same injury in the second quarter of his team's season-opener two Fridays ago.

Best wishes to Kevin on a full and speedy recovery.