Share All sharing options for: Adrian Bushell to play against Florida International

According to a tweet from The Courier-Journal's C.L. Brown, Charlie Strong has confirmed that cornerback Adrian Bushell will see the field during Friday night's game against Florida International. Bushell will wear jersey No. 21.

Bushell, a former four-star recruit who began his college career at Florida, joined the Cardinals in late August. He's expected to provide a significant boost to a unit that is perceived as one of the weakest on the team. 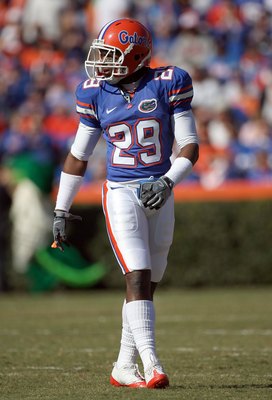 Strong said earlier in the day that Anthony Conner and true freshman Andrew Johnson will once again serve as Louisville's starting corners for Friday night's game.