Share All sharing options for: Sosa recovering after gruesome injury

Good to see what appears to be a still mildly drugged Edgar Sosa remaining upbeat just shortly after one of the nastiest injuries I've ever seen. 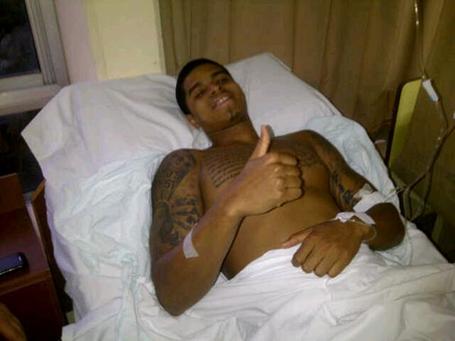 If you missed the news, Sosa suffered a complete break of the leg with 40 seconds left in the Dominican Republic's 24-point win over Panama in the second round of the Olympic basketball qualifying tournament for the Americas yesterday. What makes the injury even worse is that Sosa had been having such a tremendous summer and the Dominican team is just two wins away from winning the tournament and securing a berth in the Olympics.

The video is a couple of posts below, but if you haven't seen it, I'm posting a picture of Sosa's leg after the jump. 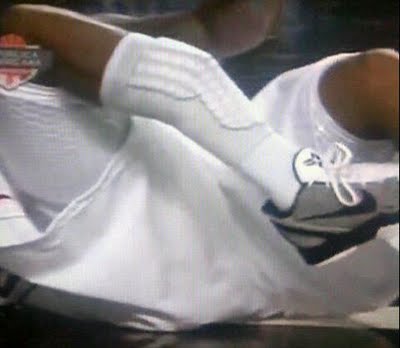