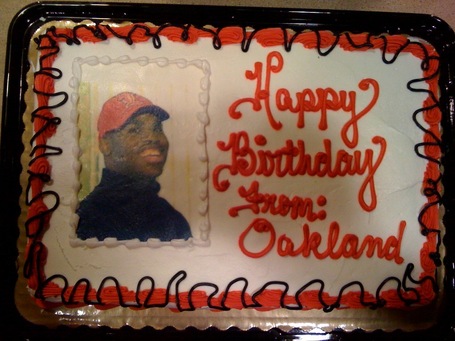 It's the thought that counts. Unless the thought is malicious, in which case I'll just take the gift. Or if the gift is really awesome but you didn't really want to give it, like maybe your wife made you, yeah, that's another instance where you can go ahead and hang onto the thought.

The big news of the day is that Mario Benavides ran with the first team offense at practice today and reportedly will play against Marshall on Saturday. 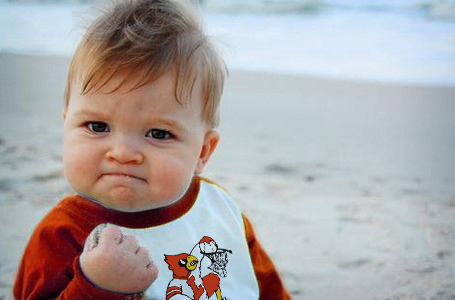 There has been no other shuffling amongst the guards/tackles on the O-line, which means Alex Kupper, who started the first three games at center and entered fall camp as the starter at left guard, is now out of the starting lineup. Kamran Joyer is still your starter at left guard, filling in for the injured true freshman John Miller.

As of 6 p.m. there were a little less than one hundred available tickets for Saturday's game. Well done, Cards fans.

Lots of talk on Twitter from Midwestern writers saying news of Louisville to the Big 12 is "really heating up." The preceding sentence could have been written on any of the news and notes posts from the past eight days.

The news that Rodney Purvis would be making his (second) college decision on Friday and that Louisville was one of the four schools he was picking from made a little bit of a wave earlier today. However, when asked about it on Twitter, ESPN's Dave Telep said that both Louisville and VCU - one of the other four schools Purvis is "considering" - are no longer recruiting Purvis.

The best part about the new Rodney Purvis college saga (I like to call it "RP2") is the report that he will commit to North Carolina State on Friday...and then take his official visit to Connecticut next week.

We finally know who Old Blue Eyes was singing about. 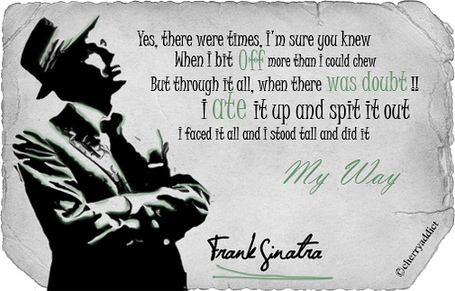 I attended an Ohio Valley Wrestling event (Homecoming V) last night, and it was an experience that really deserves its own post. I was supporting a friend who was making his professional debut, a golf-outfit-sporting heel named "Percy O'Hoolihan." He lost...both the match and a tooth. Toss in a concussion and his mother (who didn't know she was coming) making everyone in attendance swear they wouldn't tell their parents, and you've got yourself an eventful Tuesday night in Louisville.

Lots of UK apparel in the house.

The most underrated story of the week has to be that the eighth-ranked Louisville soccer team is hosting No. 1 Connecticut at 7 p.m. on Saturday. U of L has put together an equally underrated deal to mark the occasion: anyone who comes from the football game and presents their ticket stub at the gate will receive free admission to the soccer game.

That's a hell of a day of Louisville sports.

On that note, check out the third blog installment from Louisville goalie Andre Boudreaux.

Brian Brohm made his Las Vegas Locos debut on Saturday when he entered the game in the second half and completed 10-of-19 passes for 111 yards and a pair of scores. The Locos fell to 1-2 after a 34-17 loss.

In the Huddle has an update on how some former Cardinals are faring in the NFL.

The fifth annual Andy's Run will be taking place this Saturday at 8 a.m. at Trinity High School. It's a great charity event that's held in honor of a good friend of mine who passed away in 2006. Check out the website for more information.

New commit Hunter Bowles sporting the Cardinal cap at his presser this morning. 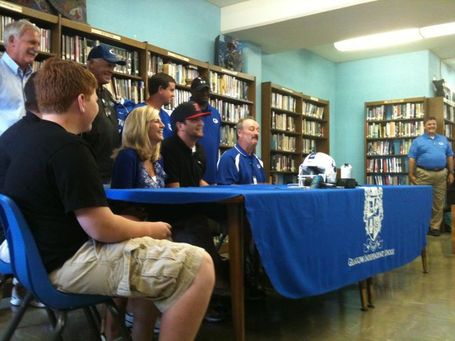 Had a couple of people email/text me about the "No matter how bad your day, you're not at UK" sidewalk writing on U of L's campus. Tried to get someone to snap a picture and send it to me, but alas, their word is the only comfort I can offer you.

UPDATE: Here it is. 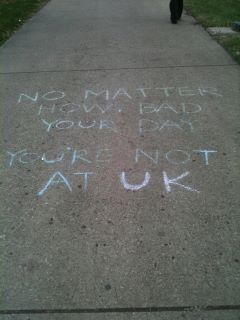 I have no idea what Alan Cutler was going for here...like, none. And if I did or if he himself enlightened me, I'm almost positive that I'd think even less of the post.

Big East presidents will be meeting again on Sunday to discuss the future of the league.

And finally, a solid Louisville hoops quiz on Sporcle that's worth your time if you've got 12 minutes to spare.