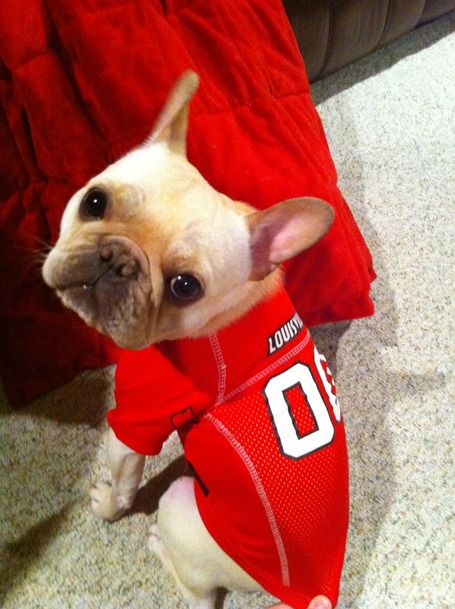 So Knox shot to near the top of my favorite Chronicloid baby/pet list pretty much the second I opened the email from his owner. Great dog, great name, great pic, great Josh Tinch/Rashaad Brooks jersey.

I'm dealing with the classic Mike Rutherford early fall sinus infection (actual medical term), and am about 50 times more moody and difficult to be around than ordinary. It's a level we haven't seen since spring semester law school finals...or when Louisville lost to FIU three weeks ago.

I am in need of one person who can serve as the equivalent of eight moms, six wives and one Preston Knowles. If that sounds like you, feel free to bring me some breakfast for which you will not be re-compensated, and we'll watch an episode of Dexter together to prepare for the season six premier (pumped). This is the type of give-and-take relationship you can look forward to until I start feeling better. 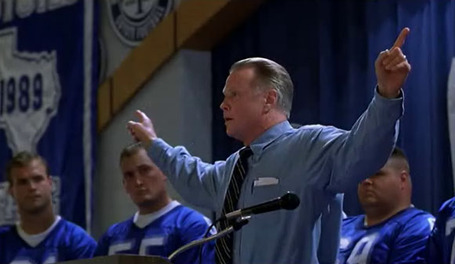 The Cards have opened as a 10.5-point favorite over the Thundering Herd, who held Virginia Tech to just seven second half points in a 30-10 loss on Saturday. Marshall also dropped a rain-shortened game to West Virginia (34-13), and knocked off Southern Miss 26-20 in their only league game to date. If it weren't for a 44-7 drubbing at the hands of Ohio, I would be terrified of a letdown loss this weekend.

I once attended a Miami of Ohio/Marshall game where a regular season MAC championship was at stake, and had the privilege of sitting amongst several fans from Huntington. The green and white contingent in Oxford was extremely strong and they ended up pretty much taking over the stadium. They weren't nearly as bad as their brethren from Morgantown, but you could definitely pick up on the fact that they're related.

But speaking of West Virginia fans... 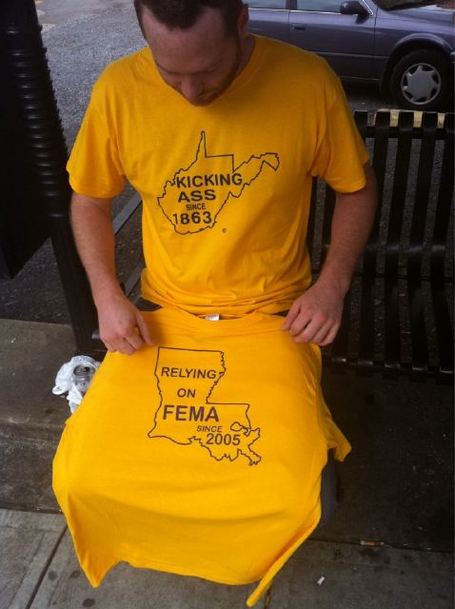 Athlon's 2011-2012 college basketball preview issue (which features a Peyton Siva cover) has Louisville at No. 8 in its preseason top 25. The publication predicts that the Cards will finish third in the Big East and advance to the Elite Eight of the NCAA Tournament. The magazine hit stores on Saturday.

The Detroit Lions are 3-0 for the first time in my life. That is a fact no sinus infection can strip me of.

No. 12 Notre Dame got a goal in the fourth minute and rode that all the way to a 1-0 victory over the soccer Cards on Saturday. Louisville (9-2) now looks forward to a huge pair of games against nationally-ranked foes Connecticut (10/1) and regional rival Indiana (10/5).

On the ladies side, the Cards knocked off Providence 1-0 to remain unbeaten in Big East play.

It was also a big weekend for the 19th-ranked Louisville field hockey team, which defeated No. 7 New Hampshire, 3-1.

John Clay brings the heat in the wake of Kentucky's 48-10 loss to Florida. This is why I'm a fan.

But it's not just Clay spitting hot fire at the Herald-Leader. Mark Story says UK should consider changing conferences since it can't compete in the SEC. 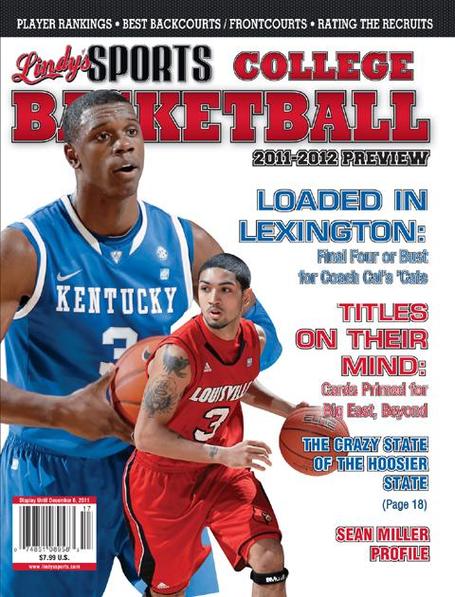 The magazine has Louisville fourth in the Big East, and places only Siva (third team) on its conference honor roll.

Saw the nationally-ranked Trinity Shamrocks play in person for the first time on Friday. Even though the 36-14 victory over Indianapolis Cathedral may have been their worst performance of the season, they're absolutely as good as advertised.

A man sitting behind me who has been attending Shamrock home games for "about 40 years" said James Quick is the best Trinity football player he's seen. I'm not quite ready to go there yet, but he certainly does present the "I'm watching a college kid play against high-schoolers" sensation. Friday night against St. X, Quick figures to break my friend TaShawn McBroom's THS career-receiving record...five games into his junior season. That's pretty unreal.

Defensive end Jason Hatcher makes it easy to see why he's received scholarship offers from the likes of Alabama and Oklahoma, but I'm almost equally impressed with junior corner Ryan White. You rarely see high school kids with the types of cover skills he possesses.

If Louisville could somehow manage to land all three of these kids...it's not safe.

Speaking of Trinity, Max Preps has an article about the growing rivalry between head coach Bob Beatty and Greg Toal, the head coach of the No. 1 team in the country, Don Bosco Prep (N.J.).

Memphis State wing Will Barton caught a little bit of flack when he guaranteed his team would win the national championship last season, but ultimately couldn't guide the Tigers past the first round of the NCAA Tournament. So over the weekend Barton showcased his heightened maturity and the power of lessons learned...by guaranteeing that Memphis would win the national championship this season.

"Coach Pastner said I can't say it," Barton told the crowd on Thursday at an annual event for Tigers fans and boosters.

"If he says it, he's got to back it up," Pastner added, according to the Memphis Commercial Appeal.

"I'm gonna say it then. We're going to win it all," Barton then said. "Don't put this in The Commercial Appeal. I don't want to see it on ESPN or none of that this year. Let's keep it in the party. Off the record."

The newspaper went with it, anyway.

ESPN has an insider story on Kyle Bolin's commitment to Louisville. It's been interesting (creepy?) seeing how many of Bolin's classmates/family members have been congratulating him on "not committing to UK."

Kentucky fans are normal though. 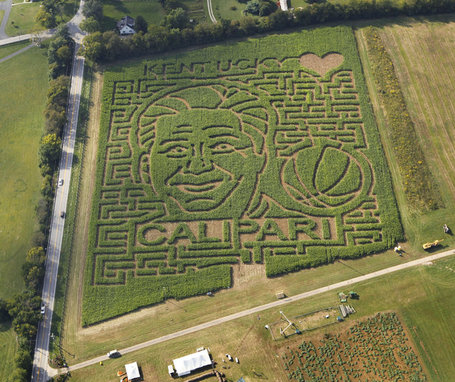 That shit is ten times scarier than the scariest Halloween "field of screams" maze in the world. 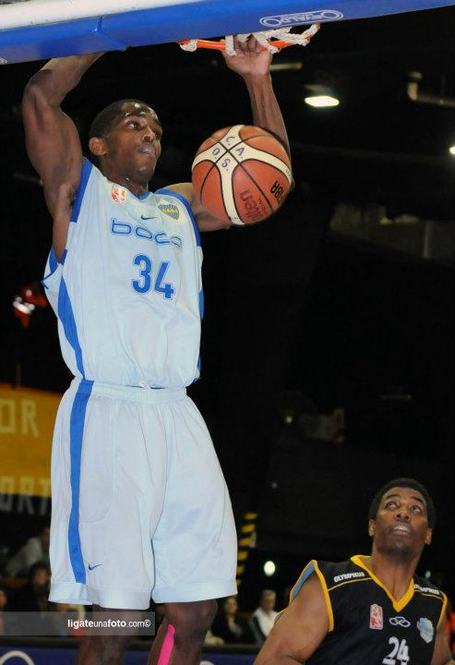 And finally, this figures to be a significant week as for as conference realignment - in particular Louisville's potential jump to the Big 12 - is concerned. Or, you know, there could be no news at all. It's doubtful, but never underestimate the realignment saga's potential to let everyone down.

So grab a seat, and let's all enjoy the ride together. Unless nothing happens, in which case we won't be able to, in any good conscious, label what takes place as a "ride." It'll be more like when your parents bought a new refrigerator and they let you take the box into the backyard and act like it was a rocket ship. And then I landed and was able to lay first eyes on a previously uncharted planet. And then I saw space aliens in my mind that were a little too vivid. And then I had to sleep with the lights on for a couple of weeks.

Are we sure this is the right medicine?