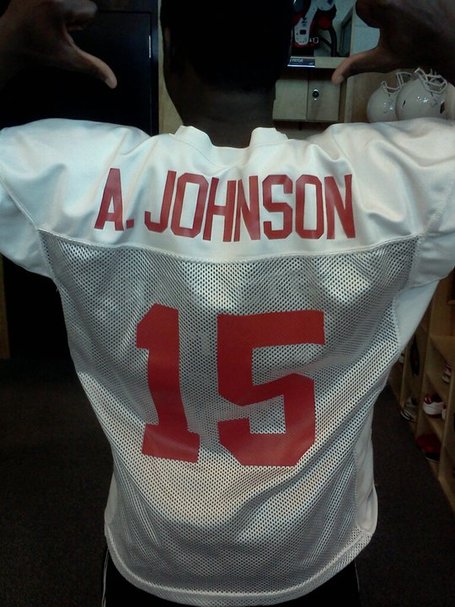 The big news of the day is that the 2011 Louisville football season is underway. The team went through a 6 a.m. practice that lasted a little over two hours, and all reports seem to indicate that everything went according to plan.

"It's good to get started; we had a good morning," Charlie Strong said.

"There's some emotion out there," Stein said. "Everybody's running fast and practicing at full speed. Overall, it was a pretty good day. I think we got better, but we've got a lot improvement though."

Don't forget that tomorrow's 5:30 p.m. practice will be open to the public.

It was announced last night that Denny Crum will be an assistant coach for the UK Legends team that will be playing two exhibition games against the Dominican National team later this month.

Kentucky fans love thinking that this is national news, but the fact of the matter is that very few people care. From looking at Twitter, blogs, etc., I've seen about twice as many UK folks talking about how mad U of L fans are than actual Louisville fans who are expressing displeasure. The whole thing reminds me of the South Park episode where the four kids walk up to the unsuspecting four main characters, turn on some music, start dancing, and then talk about how Kyle, Stan, Kenny and Cartman "got served."

It also reminds me of the "Louisville fans think Peyton Siva is better than John Wall" phenomenon. One Cardinal fan on ITV starts a thread where 95% of the people responding call him crazy, and yet the thousands of UK fans who check Louisville sites every day still spin it into this massive thing about how delusional U of L fans are. Whatever helps you pass the time, fellas.

If it weren't for Twitter or message boards, I would know absolutely nothing about these games, where they're being played, the drama surrounding who will coach in them; I wouldn't know anything. Unfortunately I do know all about them...and I still don't care.

On a similar note...

Yes. Yes it does.

In addition to offering a scholarship to class of 2014 star D'Angelo Russell, Rick Pitino also handed one out to his Louisville Magic teammate Quentin Snider on Wednesday. The rising sophomore point guard from Ballard High was on an unofficial visit to U of L with Russell yesterday.

"It feels great," Snider told The Courier-Journal. "We live in the city and knowing they want me to come and play there, that makes me happy. I thought they might wait (to offer) me. It was a surprise to me but it made me feel great that they offered."

Cameron Graham went through an NFL practice in full pads for the first time yesterday, and decided to go ahead and make a name for himself.

The biggest scuffle of camp so far took place when veteran defensive end William Hayes and rookie tight end Cameron Graham threw down. Graham landed a couple of big blows to Hayes’ helmet before Hayes appeared to answer back when the two were on the ground.

"I’m not mad at the guy," Hayes said. "He kept going after the play, which my rookie year I was doing the same thing. He’s a guy that’s just trying to make the team and I probably got a little irritated and took it a little further than I should have."

A 2011 Louisville football preview from National Football Authority. They say the Cards go 6-6 (2-5) and finish 7th in the Big East.

Andrea Adelson takes a closer look at Will Stein and his desire to be a solid leader for his team this season.

"Good teams in college football always have really good quarterbacks," Stein said Thursday morning after the Cardinals’ first practice of the fall. "If you have a good quarterback, you’re going to win. It's my job to be that guy for this team so we can take a step forward and be better than 7-6 and going to a Beef ‘O’ Brady’s Bowl. We have big thoughts about this team. A lot of people doubt us, but we know what we have. It's my job to prove that to everybody and to prove myself, to this team and the coaches to be the guy they can count on."

Stein realizes there are some who doubt his ability and some of his physical attributes. He is just 5-foot-10, undersized for a quarterback. But that is something he has dealt with throughout his career. He knows he has what it takes to be a leader on this team.

"I’ve won at every level. Every sport I've ever played in, people have always doubted me," Stein said. "But I've always proved them wrong. I've got that winning in me, regardless of size, stature, arms strength. It doesn't matter. I know how to win football games. Hopefully that translates into fall camp and the season."

I didn't think it was possible, but we've all seriously underrated just how awesome Will Stein is.

Would have gone with "adorable," but yeah, I guess cool works too.

And finally, ESPN has all of the brackets for the major 2011 college hoops preseason tournaments. Hard to believe, but the start of the season season is just 72 days away.