D'Angelo Russell, the Central High rising sophomore who was the star of stars on the Louisville Magic team that dominated the 15-and-under AAU circuit this summer, has received a scholarship offer from Rick Pitino. 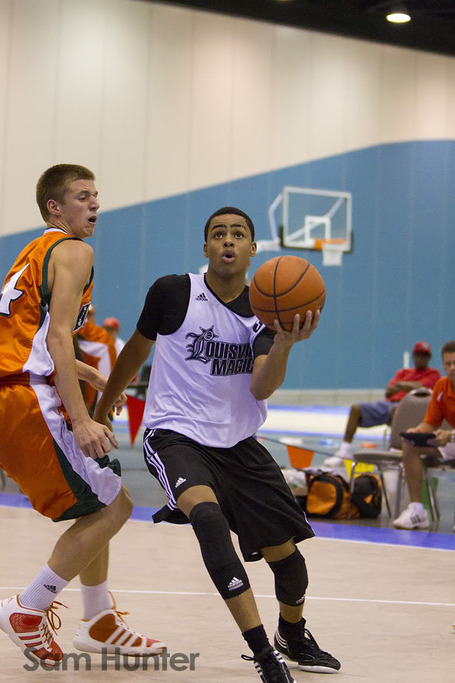 Russell and his Magic teammate Quentin Snider (Ballard) took an unofficial visit to U of L today and watched the Cardinals practice. Magic coach Ellis Myles told Jody Demling that two more of his players, Trey Grundy and Jordan Green of Henry Clay, will be making unofficial visits to U of L to watch practice on Friday.

Generally the risk outweighs the reward when it comes to 15-year-olds and scholarship offers, but this kid appears to be about as much of a can't miss prospect as there's been in this area for a while. You can't blame Pitino for bringing his Queen out this early in the game.