Kris Dunn down to two, will decide this week

Share All sharing options for: Kris Dunn down to two, will decide this week

Kris Dunn will definitely be playing his college basketball in the Big East. Unfortunately for Louisville fans, he won't be doing it in a Cardinal uniform.

Dunn, considered by many to be the top point guard in the class of 2012, has narrowed his list of schools down to just Connecticut and Providence, and will announce his choice later this week. This according to Dave Telep of Scout.com. 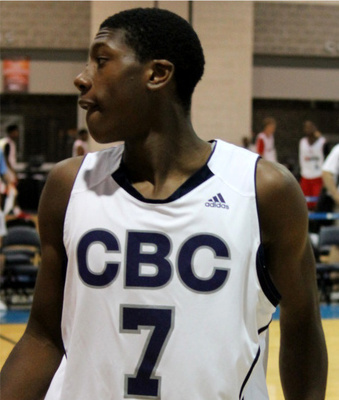 Dunn had emerged as one of the top overall targets for Rick Pitino and the U of L staff, who have made no bones about their desire to land an point guard from this class. With his name off the board, the odds of that happening have become significantly less likely. Of ESPN's 15 top-rated floor generals, just three (including Dunn) remain uncommitted.

Louisville will likely next look to Terry Rozier, the point guard from Shaker Heights, OH who recently referred to U of L as his "dream school." Rozier had already planned on visiting the school in September.