Will Gardner will miss the rest of his senior season

Share All sharing options for: Will Gardner will miss the rest of his senior season

Some bad news to report this evening as Louisville quarterback commit Will Gardner (Douglas, Ga.) has learned that the knee injury he suffered on Friday is a torn ACL, and that he will miss the remainder of his senior season. Gardner left in the second quarter of Coffee County's season-opening 28-6 victory and did not return.

Gardner picked Louisville over Alabama and Mississippi State, among others, in July.

According to a source, Gardner informed the U of L coaching staff of his injury today, and was reassured that Louisville will be sticking with him through his rehabilitation.

Awful news for a young man who still has a very bright future waiting for him in the Derby City. 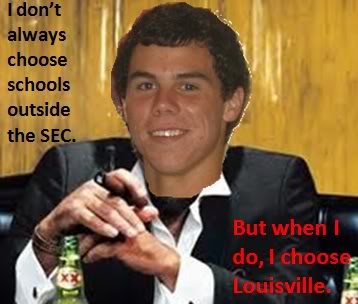