Share All sharing options for: Jerrell Moore no longer listed on football roster

According to Mark Ennis, Louisville freshman wide receiver Jerrell Moore has left school and the Cardinal football team. The former Fern Creek standout is no longer listed on the official U of L roster.

Moore's relationship with Louisville was tumultuous before he ever set foot on campus. He committed to U of L, then expressed a desire to shop around, then had his scholarship pulled, then said he was going to Central Florida, then was re-offered by Charlie Strong, then said he would announce three days after national signing day, then signed with Louisville. 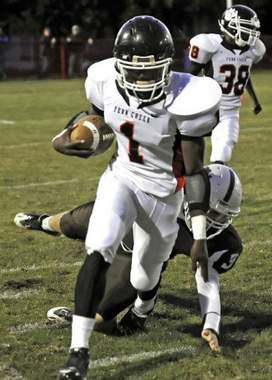 Early snaps were likely going to be difficult to come by for Moore, which one could assume played at least a partial role in this parting of ways.

Best of luck to Jerrell wherever he winds up.