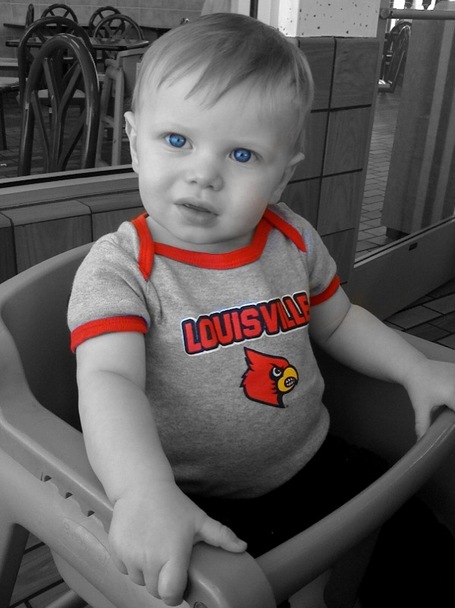 One-year-old Lincoln Blanchard stares directly into your soul. It would appear he cares not for what he sees.

The Dominican Republic team completed its sweep of the UK Legends with a 81-86 victory last night in the KFC Yum Center. Francisco Garcia and Edgar Sosa combined for 23 points despite being rested for a solid chunk of the second half.

You can talk about the UK guys being a group of players thrown together and not having anything to play for, but I'll admit that I'm stunned the Dominicans were able to take one game, let alone sweep the series.

Also, I dislike Kentucky fans as much or more as anyone, but I'm not going to lie and say that I don't take some pride in my state being the undisputed (in terms of passion) heart of college basketball. Forty-thousand plus for a pair of exhibition games in August is absolutely absurd.

The fact that "My old Kentucky Home" contains zero references to college hoops is a crime.

Much to the delight of the players, the football team will hold its final two-a-day session today.

Just in case there was every any doubt as to who's conducting the train. 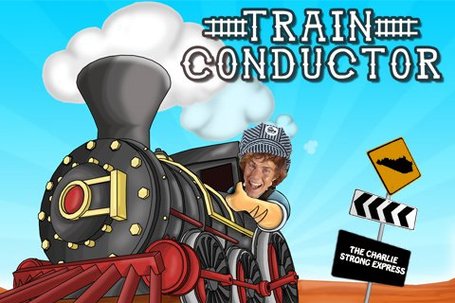 So I strolled into my house last night after a tough softball loss to find A League of Their Own on AMC playing to an otherwise empty room.

Is there a doubt in my mind that the North Oldham Little League All-Stars were behind this? None.

The major hardwood news on Tuesday was Wayne Blackshear's declaration on Twitter that he will be on U of L's campus by Thursday.

The Miami scandal is the top story across the board in the sports world...except the sports world ESPN lives in. No, they don't act differently when they aren't the ones breaking a story though.

A few ticket changes will be implemented for the 2011 football season.In an effort to decrease will call lines, the ticket office will no longer accept public will call.To provide another option as well as respond to the request of ticket holders, the ticket office has activated the Ticket Forwarding Option on your My Cardinal Account.This service allows you to email ticket to friends, family or clients when you can't attend a game as well as avoiding the hassles of overnight and in person delivery.

·Under the tickets Tab, select My Cardinal Account.Your account number and pin number are located on the top right corner of your invoices.(If you do not have that information, please contact us at 502-852-5151.)

·Select the ticket or group of tickets you wish to send, enter the recipient's information and select Forward.You must have the email address of the individual you want to forward the tickets to.

·Ticketmaster does charge a $3/ticket fee for this service.

·After you forward the tickets, the recipient will receive an email with a link to print the tickets.

·Your old tickets will be deactivated and will not be valid for admittance.

Also, there are a limited number of tickets still available for the Kentucky game in Lexington. You can complete an away game order form at UofLSports.com (under the "Ticket" tab).

A very happy 21st birthday to Mr. Greg Scruggs, a man who is certain to celebrate in style. 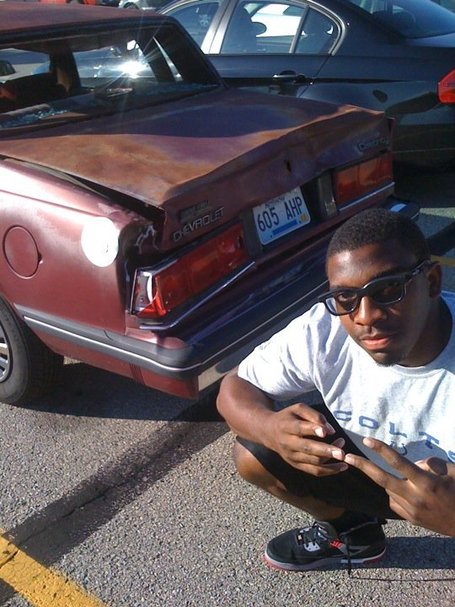 In all seriousness, Scruggs is very proud of the position he's in as he turns 21, and he has every right to be. 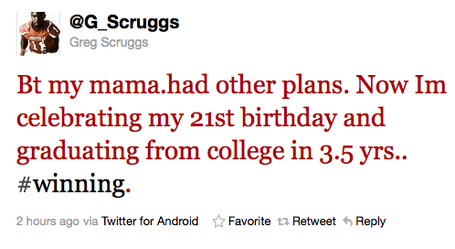 Jordan Swindle, a three-star offensive lineman from Florida who had a scholarship offer from Louisville, committed to Kentucky yesterday.

C.L. Brown has more on Charlie Strong's assessment of his team's academic progress. You can also check out the full video of his address from yesterday's kickoff luncheon.

Former(?) Cardinal linebacker Jordan Campbell announced on Facebook Tuesday that he will be finishing his college career up at New Mexico Highlands University. And he did so with the utmost humility.

I'M the best line backer in college football and i'm not even playing d1.I left louisville after 1 semester and came back home to so cal and got after it for the past 8 months with the best linebackers in the NFL . Took trips all over the country and visited the best d2 schools in the country then got a call from my old college head coach and he told me something like this "don't go to the best d2 school and continue to win , go to the worst ranked team and turn them into the best and every NFL coach will be coming to check your pro day out" so i committed to new mexico highlands university we're rank 142 out of 142

The U of L In the Huddle blog shines the senior spotlight on safety Mike Evans.

Bilal Powell totaled 52 yards in his professional debut for the New York Jets and was widely believed to have outplayed Joe McKnight, with whom he's competing for the third-string RB job. Now there are reports that McKnight has suffered a concussion and will be sidelined for a week, which means Powell will be thrust even further under the spotlight.

And finally, if you feel like reliving the Hartford Courant's coverage of Louisville's 71-58 victory over eventual national champion Connecticut last February, well, you can.