In a move that was confirmed at Louisville's Fan Day on Sunday, freshman Lorenzo Mauldin has been moved from defensive end to tight end. He will now wear No. 86.

The move takes Mauldin from a position loaded with depth and talent to one relatively thin and dominated by upperclassmen. Starter Josh Chichester is a senior, dueling backups Stephon Ball and Nate Nord are both juniors, and Chris White is an unproven sophomore. It's also worth noting that Ball and Nord have fought injuries throughout their college careers

If he can play the position, this is a move that will benefit both Mauldin (who's already had quite an eventful fall camp) and future Cardinal teams. 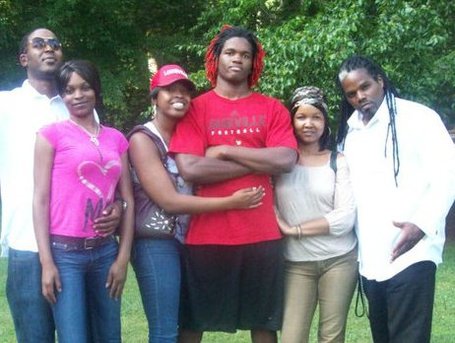 He's also pushing both Terence Simien and Vic Anderson hard for the title of best hair on the team.