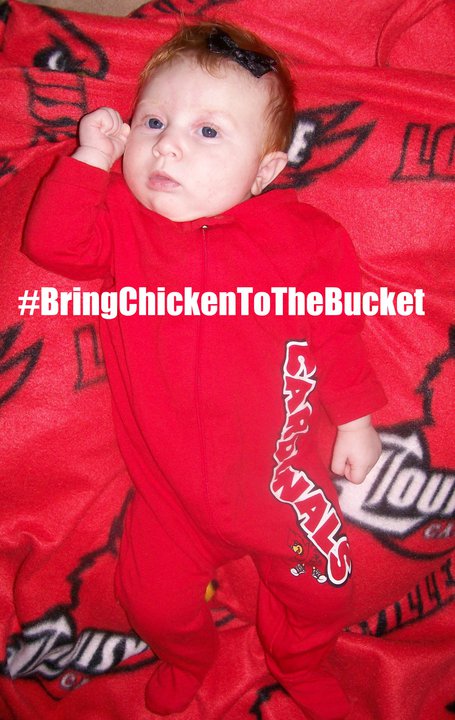 The next level: We just reached it.

I don't think I need to remind you that the Louisville basketball team will be facing reigning Bahamas League champion the Commonwealth Giants this evening at 7:30. WHAS has the coverage, the pre-show begins at 7 p.m., and if Drew Deener doesn't mention Bullet's tournament victory he's dead to all of us.

I understand that there have been some reports of rolling blackouts in the area that might have an adverse effect on the broadcast. I know that C.L. Brown was having some Internet connection issues during the second half of last night's scrimmage, so these reports might very well be accurate. Keep your fingers crossed.

As far as streaming goes, still no word. These things usually get resolved just before tip-off, though, so now is not the time to lose all hope.

Louisville is about to play basketball, and the city is experiencing what might be the most perfect day, weather-wise, of the calendar year. There are no coincidences.

The football team in the midst of its first two-a-day session of fall camp. 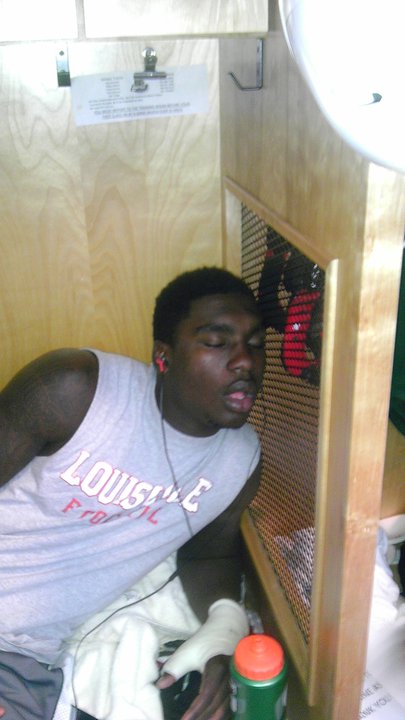 The various "Texas A&M to the SEC" reports have again set the Internet ablaze with radical conference expansion talk. Louisville has been mentioned by various outlets as a potential candidate for both the SEC and Big 12.

Whatever. I'm really, really, not getting back into this unless something substantive actually occurs.

If there isn't an "I'm on the Train" shirt available at some point before Sept. 1, I'm going to lose all faith in this city. And blame Jody Demling.

Louisville's big Big East/SEC Challenge home basketball game against Vanderbilt has been scheduled for Friday, Dec. 2 at 8:30 p.m. ESPN will have the coverage.

Last year's Friday night home game against UConn was one of the more rowdy Cardinal atmospheres I've experienced, and I have to think this game against the Commodores - who figure to be somewhere around the top ten at that time - will provide a similar setting. Does that have anything to do with alcohol? Yes, yes it does.

In football scheduling news, Southern Miss has postponed its return game against Louisville from next season to 2013 so it can play a game against Boise State. This actually works out, since adding TCU to the schedule meant that U of L had been slated to play 13 games in 2012.

The Cards' non-conference schedule for next season now consists of home games against Kentucky, Missouri State and North Carolina, and a road trip to Florida International.

The highlight of last night's scrimmage for me had to have been Chicken Knowles live-tweeting the game and asking me if I was in the Bahamas. CardsFan922 texted me and asked what 2006 Mike Rutherford would think if the scene had been described to him. I'm still pretty evenly split between delighted and horribly, horribly depressed.

Also, I want that Respect shirt.

Here's U of L's official recap of last night's scrimmage.

Russ hit a free-throw at some point between midnight and noon.

The Herald-Leader says quarterback is still a major issue for Louisville.

And finally, Card Chronicle is about to get its first taste of August basketball in about four hours. I've already got an open thread image in mind, but I'm open to any and all suggestions.