Share All sharing options for: Cats open as 8-point favorites over Cards

The Las Vegas Hilton has posted its early odds for the biggest games of the 2011 college football season, and currently lists Kentucky as an 8-point favorite over Louisville.

That's more than reason enough for one family to throw a week-long party. 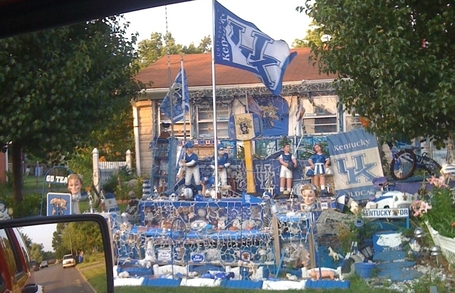 Something tells me they're probably not that into football, though.