The Chicken Express is about to go national.

ESPNU will be providing live coverage of Tuesday night's game between Texas Pro - featuring one, Danrad "Chicken" Knowles - and Georgia Stars at the AAU Super Showcase in Orlando. The broadcast will begin at 7 p.m. ESPNU will also televise the tournament's championship game Wednesday night at 7. 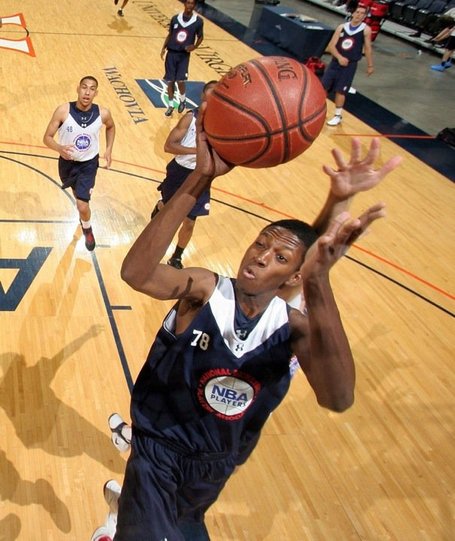 In addition to Knowles, Texas Pro (which has already been upset twice in pool play) features Louisville recruit Danuel House as well as Baylor commit Isaiah Austin and elite class of 2014 point guard Emmanuel Mudiay. The team is one of the tournament favorites along with their Tuesday night opponent, Georgia Stars, a team that includes Cardinal recruit Alex Poythress.

Richard Pitino spent the weekend at the tournament and his father is expected to arrive in Orlando at some point today. U of L has been recruiting Poythress heavily in recent weeks, so it's not unlikely that both Pitinos will be at the game tomorrow night.