The SEC announced today that this year's Battle for the Governor's Cup between Louisville and Kentucky will kickoff at 7 p.m. in Lexington, and will be televised by ESPNU. It's the first time the pair have played an evening game since the 2007 season.

On one hand, this is perfect for watch parties or tailgating if you're heading over to Commonwealth. On the other, I vaguely remember how miserable it is spending all day waiting for the game to start. 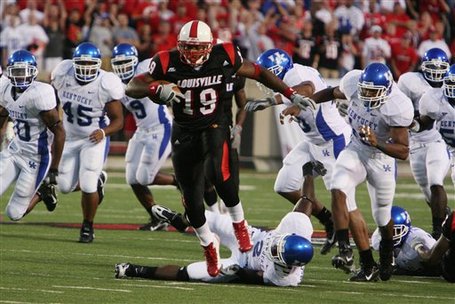