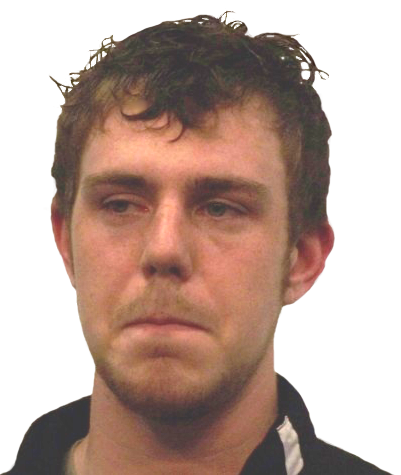 It's Monday. Will is not sunny.

Check out this archived thread of Kentucky fans talking about John Calipari when he was still at Memphis. Also, the very essence of coach Adolph Rupp lies within Billy Gillispie.

Gary Parrish tells the remarkable story of Dillon Graham, a zero-star prospect who now, according to Parrish, holds scholarship offers from Louisville, Kansas, and Maryland, among others.

"Kansas, Louisville, Maryland, Miami, Kansas State, Florida State and USF," Graham said Sunday night less than 24 hours after taking a phone call from Louisville coach Rick Pitino. "I kind of had a small idea that I could play at this level, but I never thought it would happen because I never thought I'd have the opportunity to showcase my skills."

Summer basketball has a bad reputation that's warranted on a lot of levels. But Dillon Graham's story is among the reasons it's foolish to paint July with a broad brush, because without the circuit that creates so many problems, a tale like this couldn't happen. Graham is, according to Scout.com, a zero-star prospect whose profile page is completely empty; Rivals.com has a similar scouting report. Which means Graham started the month with no national profile, and I can't imagine any of the out-of-state coaches who've now offered him so much as knew his name two weeks ago.

It almost seems like a made-up story, but assuming it's not, that's another scholarship offer handed out by the U of L staff to a player in the class of 2012.

Tickets for Louisville's Oct. 15 game against Cincinnati and Paul Brown Stadium are now on sale to the general public. Time to turn their homecoming into a home game for us.

An especially creepy story from the world of recruiting as David Salinas, an investment adviser who doubled as the founder of a prominent Houston-area summer basketball program, died of an apparent suicide on Sunday.

According to a source, the development comes in light of the United States Securities and Exchange Commission (SEC) investigating Salinas for fraudulent practices that might've cost several college basketball coaches who had invested with Salinas millions of dollars.

"A lot of coaches got (expletive)," said one college coach who spoke to CBSSports.com on the condition of anonymity. "It's bad."

"But the list is much longer," a source said. "Lots of coaches had money with him, but they're going to try to deny it and just hope it doesn't come out."

That's right. Gloomy Will Stein is now officially in play.

Troy Nunes is an Absolute Magician breaks down the Lobster-eating contenders at Big East Media Day next week, and says it appears on paper as if Scruggs Island is going to have to carry Louisville.

Missouri, Texas, and Virginia Tech have now also offered a scholarship to Marcus Hunt. I have a feeling that somehow he just got about 40 spots better to every recruiting expert in the country.

RookieDraft.com says our man 3DCG is the third-best undrafted tight end available for NFL squads to sign once the lockout ends.

"Pitino thinks Siva might leave early" stories continue to pop up everywhere. They all essentially say the same thing.

According to Mike Hughes of ITV, Florida offensive lineman Jordan Swindle is in town visiting U of L today. Swindle is a three-star recruit with offers from Louisville, Kentucky, West Virginia, and Vanderbilt, among others.

And finally, WDRB has a story on Amobi Okoye and his annual youth football camp here in town. Okoye has to be at least 19 by now, right? 20?