Joe Manley will decide on Saturday

Share All sharing options for: Joe Manley will decide on Saturday

There was considerable buzz this morning that Bowling Green O-lineman Joe Manley would announce his college choice this afternoon, but it appears that is not the case. According to Jody Demling, Manley will make his decision public on Saturday.

Manley, who stands at 6-6, 320-pounds, is rated as the 47th best offensive guard in the country by Scout. Louisville has been rumored to be his favorite, but he's also strongly considering Kentucky and Vanderbilt. 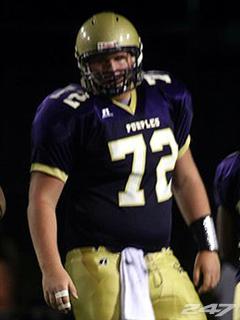 So if it's not Manley, then who's today's commitment going to be? That's the deal, right? One commitment per day?

Make a play for once, Clint.