So, Honestly, Who Wants A 2011 Simulated Season Series?

Share All sharing options for: So, Honestly, Who Wants A 2011 Simulated Season Series?

Okay Chronicloids, just a few more weeks, another generally crappy off season for Louisville fans will come to an end. The last few weeks haven't been as bad: Charlie Strong is dominating recruiting and the 2012 and beyond basketball recruiting is going in the right direction. And for the first time, we have August basketball (which is a HUGE deal).

Today also marks the release of EA 2012, a controversial yet essential video game that is like the purple ribbon at church in December, letting you know Christmas is closer than it was, but still isn't quite here yet. The past few years, I've done extremely long, incredibly detailed and unavoidably wordy and tedious posts on "simulated seasons" I ran on PS3 once the named rosters were out. With a new baby and the demands of my job, today was the first time since 2007 I did not buy the game on the day it was released because I really just don't have time to enjoy it. As I started thinking about doing that post this year and wondering when I would get the time, I thought, does anyone really read those? And since traffic has exploded here, would any of the new folks really miss it if it didn't show up this year?

So let's put it to a vote. Do you want to read the Simulated Season posts this year? Do not worry about hurting my feelings - if the constant ridicule by Mike (you should see what he says to me in private emails, texts and direct messages on Twitter, it's really awful) and by the community at large for, you know, ruining the basketball season and being able to cause hurricanes and earthquakes just by tweeting a joke (Leigh, just this morning), doesn't discourage me, then frankly nothing will. Until there is some sort of ChronStrike and Mike fires me, you are stuck with me.

With that in mind, seriously, what say you? 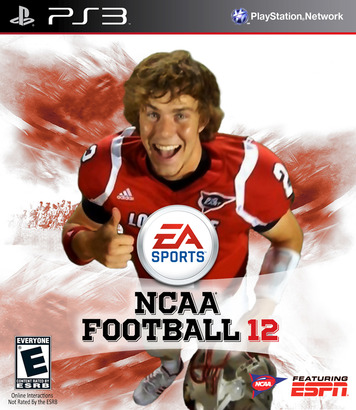