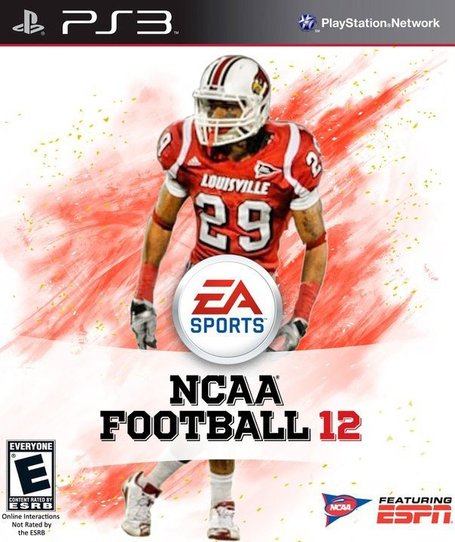 The big news this Tuesday morning is yesterday's commitment from Will Gardner, the guy Charlie Strong had made his top QB priority in the class of 2012 since March. Gardner has already stated that he has no problem with redshirting next season and learning the ropes from Teddy Bridgewater and Will Stein, which is certainly a positive.

Here's more on the newest Cardinal from his head coach:

"Will went and visited all of those places, and he felt the most comfortable at Louisville," Coffee coach Ken Eldridge told the AJC. "He’s really improved since last season. He’s the type of quarterback where the sky is the limit. We’re talking about a kid who is totally dedicated and committed to getting better. He’s a legit 6-5, and has put on 18 pounds since last season. He’s also dropped his 40 speed from 4.73 to 4.63. And, of course, he has a cannon for an arm."

Terrific news for the future of the program.

T.J. Warren has been putting on an absolute show at the Kentucky HoopFest in Louisville this week, and the U of L staff is hoping that he'll end up playing a lot more ball in the Derby City in the years to come. Warren has strong ties with Cardinal assistant Kevin Keatts and says he is building a good relationship with Rick Pitino. He says he plans to take an official visit to Louisville soon.

Warren also recently received a scholarship offer from Kentucky, and describes having John Calipari interested in him as being "really cool." Calipari, of course, is the two-time defending runner-up in the Card Chronicle Least Cool Person Tournament. Someone educate this young man before it's too late.

Here's the complete wrap of Monday's action at the Kentucky HoopFest from Jody Demling.

It's a touch early for any of these things to be taken anywhere near seriously, but Mel Kiper currently has Louisville's Mario Benavides rated as the second best junior pro prospect at his position. If Mario has the type of season many are expecting then he'll likely have to at least think about making the jump to the league, even with what should be a dynamite lineup returning in 2012.

Speaking of the NFL, whenever the lockout ends the San Francisco 49ers are expected to offer a contract to former Cardinal quarterback Adam Froman. Froman is reportedly also considering Miami as a potential landing spot.

Athlon ranks the best football coaching jobs in the Big East and pegs Louisville as No. 4.

Pros: Louisville has solid facilities and is in a good spot geographically to consistently attract top recruits. Kentucky is not a great talent producer, but Louisville can recruit Ohio and Illinois due to its proximity to those states and has always done a good job recruiting Florida.

Cons: The school lacks football tradition and doesn’t have the fan base that most of the other schools have ranked in the top 50 of this list. When the Cards are good, they draw well. But two years ago, in the final season of the Steve Kragthrope era, they ranked 71st in the nation in attendance, averaging 32,540 per game.

Final Verdict: Like many of the schools in the Big East, Louisville is only as good as its coach. Bobby Petrino won big in his four years. Kragthorpe flopped in his three seasons. With the right fit, Louisville competes for league titles.

And finally, NCAA Football 2012 is in stores today. NCAA '08 was actually the last video game I bought, and I did so at midnight at the WalMart on Westport. The experience was so scarring that I'm pretty sure it ruined video games for me. Still, enjoy the game, kids.