Share All sharing options for: 2012 quarterback picks Louisville over Alabama

Less than two hours after we said that Tyler Gabbert's departure meant Louisville needed to land a solid quarterback from the class of 2012, Charlie Strong went ahead and took care of it.

According to Mike Hughes of Scout and Jason Higdon of Rivals, Will Gardner has spurned scholarship offers from Alabama and Mississippi State in favor of committing to Louisville. Gardner, a 6-5, 200-pound signal caller out of Douglas, Ga., was also being recruited heavily by Florida and Clemson, among others. 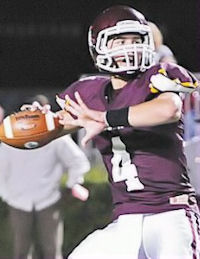 Gardner is advertised as a big kid with a big arm, a quick release and great mobility. He drew rave reviews from a number of SEC schools after performing well at several camps this spring and summer. As recently as early June, the consensus was that Gardner was going to be wearing crimson in 2012.

"They are my favorite and right now I am kind of shooting for Alabama," Gardner said after receiving his offer from 'Bama. "I had a video chat with Coach (Nick Saban) and it’s my dream to play in the SEC."

Gardner told Higdon that things changed because Strong let him know that he was U of L's top priority and because he felt like he was at home when he visited campus. The connection he made with new quarterbacks coach Shawn Watson also played a large role in his commitment.

Landing this kid is a big, big deal. Kudos to the staff.