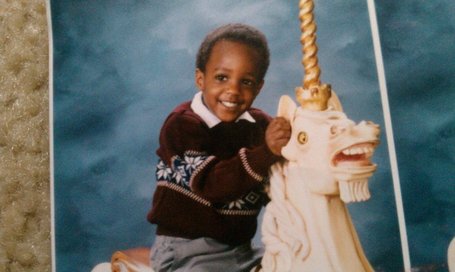 Young, creepy horse-riding Andre McGee is excited about this.

The big news of Tuesday was the Rick Pitino press conference and, in particular, the announcement that Elisha Justice, Chris Smith, and Kyle Kuric would all be playing without a scholarship next season. The national media took the sexy angle of Louisville having the best walk-ons in the country, Kentucky fans took the predictable angle of calling Pitino selfish and claiming Calipari would be crucified for similar news, while Cardinal fans were slightly divided.

The strong reaction - in both directions - that greeted this news was surprising because the news itself shouldn't have snuck up on anyone. Justice had a scholarship for last season only because Samardo Samuels unexpectedly left for the NBA. Sans an unexpected surplus again this year, everyone (Justice included) knew he would be a walk-on. Chris Smith came here as a walk-on and, despite the fact that he exceeded expectations in his first season as a Cardinal, there was no reason to think his brother, NBA superstar J.R. Smith, would not be paying his tuition again in 2011-2012.

Then there's Kuric, the subject of the bulk of the debate. If you've been following this blog (shockingly, most some people still don't...criticize them), we've been telling you since late March that should an extra scholarship be needed Kuric had already agreed to give his up.

Two things here: 1) I find the criticisms of Pitino in this situation to be a bit bizarre. The original deal between Pitino and Kuric was (apparently) that KK would come to Louisville on scholarship, but that his scholarship may be needed elsewhere in the future. I get that Kyle has developed into one of the best players on the team and figures to be a captain in his senior season, but that's exactly why Pitino met with him and his parents after the season to make sure this was cool with them. Kuric's parents have the means to pay his tuition for his season, and as a result the Louisville basketball program is benefiting. It certainly seems like a no-brainer. 2) The King Stay the King. 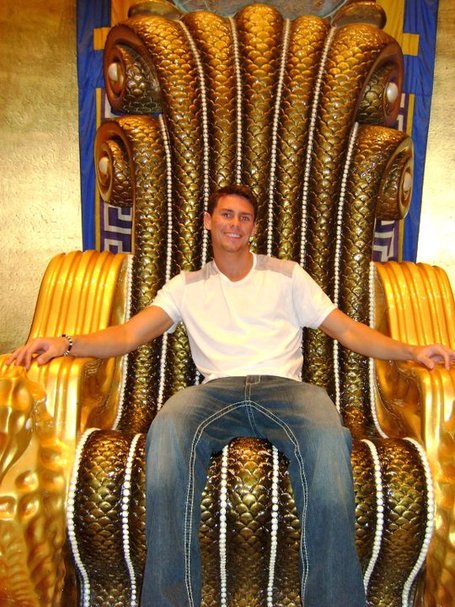 The new official Louisville football blog has an extensive interview with offensive coordinator Mike Sanford that I highly recommend you check out if you have the time.

On Wide Receivers
Josh Bellamy had a good spring. Andrell Smith, who played a lot last year, missed all spring with a back injury. We expect him to be healthy. Michaelee Harris came here from Miami and was highly thought of, but missed the year with an injury, and then the entire spring with an injury, but will be back in the fall. Those are the top three. Josh Chichester, who was a hybrid for us, will play tight end. That doesn’t mean he will always be lined up tight, but he will be there. We also expect Stephon Ball and Nate Nord to be big contributors for us at the tight end spot.

The Kentucky senior All-Star basketball took on a team of the top junior players in the area, and the star of stars for the second night in a row was apparently Ryan Taylor. Whenever it happens, I'm still really hoping this guy ends up playing his college basketball at Louisville.

Louisville closer Tony Zych was drafted by the Chicago Cubs in the fourth round of the major league baseball draft, and second baseman heard Ryan Wright heard his name called one round later when he was picked by the Cincinnati Reds.

Bilal Powell will be holding an autograph session on Saturday from noon-1 p.m. at Cardboard Heroes in the St. Matthew's Mall. Feel free to print out a CC post, have him sign it, and then send me the photograph of you holding said item. Just a thought.

And finally, I'm putting out an APB for George Stripling. If anyone knows what happened to him after he was dismissed from the program, please let me know. People forget how much of an impact he had on that 2006 season.