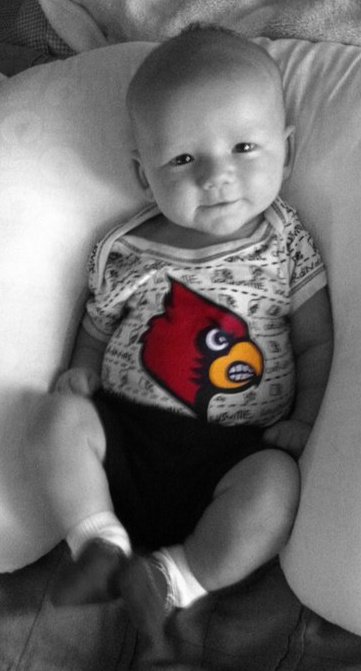 Rick Pitino will hold a press conference this morning at 11 to discuss the program's newest roster additions. You can watch the presser live on the C-J's site.

U of L has launched an official blog for the football team, and the second non-introductory post is a sit-down with Will Stein.

Interesting numbers from a thread on ITV about current Louisville basketball winning streaks:

*Incorrectly listed as 7 in official books

Several people in the know are saying that Wake Forest transfer and former Louisville commit Tony Woods will almost definitely be playing his basketball at Kentucky next season.

This raises the topic: least favorite UK player ever? I've got Magloire.

Rick Pitino and company have reportedly offered a scholarship to class of 2012 shooting guard Jordan Tebbutt out of Oregon. Scout has him ranked as the 68th best player in the class.

Here's what he can do:

Peyton Siva will spend this weekend as a camper at Chris Paul's "Elite Guard Camp" in Winston-Salem. 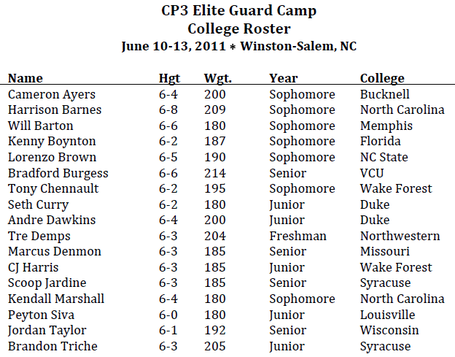 Glance at this and try not to yack.

The first day of the major league baseball draft came and went, and the only Cardinal with a shot to hear his name called - righty closer Tony Zych - did not.

I'm not sure if it's been publicly announced, but the Louisville/Marshall football game on Oct. 1 (first game after Kentucky) is currently scheduled to kickoff at noon.

And finally, check out the White House staff memo regarding the Auburn football team's upcoming visit to the President's home.