Share All sharing options for: Brandon Golson has left Louisville

Word is circulating that freshman linebacker Brandon Golson is no longer in Louisville or a member of the Cardinal football team. Golson updated his Facebook page this morning to show that he is now enrolled at UNC Charlotte. 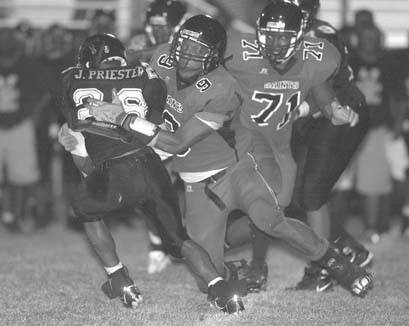 Golson was a four-star recruit who originally signed with South Carolina but did not qualify. He announced that he would be enrolling at U of L in January, and was reportedly eligible to participate in the upcoming season. A highly-talented athlete, Golson was expected to contribute immediately.

There has been no word yet on what prompted this departure.