Movements generally take time to evolve. Civil rights, gender equality, getting Reaper back on the air (fingers crossed), etc. But that's a broad umbrella that "Bring Chicken to the Bucket" was still too large to fall under.

Mere hours after Louisville fans were first introduced to Chicken Knowles, the movement to make him a Cardinal had already kicked into full gear. Fans took to Twitter, Facebook, and rooftops to let their desires be known to the world, and to Knowles himself.

Day four of the movement will forever be known as the day I had the privilege of speaking with Chicken Knowles. We talked on the phone for about five minutes this morning, and covered his experience at the NBA Top 100 camp, his recruitment, and who the most talented original Mighty Duck outside of Adam Banks was. OK, we didn't actually get to the last part, but I'm quite certain he would have said Jesse Hall.

Knowles was relatively unknown on the national recruiting circuit before being a late addition to last week's NBA Top 100 camp, where he ultimately finished the week as one of the camp's top ten scorers. In the dramatic world of college basketball recruiting, this was his breakout performance.

"It was a great experience," Knowles said. "I had wanted the opportunity to show people what I could do, and it felt good to be able to do that."

Described by ESPN as having a "tremendous skill set for a player of his size," the 6-9 Knowles is advertised as a guy who can score in the post, around the perimeter, or on the break. At just 190 lbs., however, there are some concerns about his ability to deal with the increased physicality of major college basketball.

"I'm a versatile player," Knowles said. "I can shoot, dribble, go coast-to-coast, score with my back to the basket. I'm a 3/4 combo forward; versatility is definitely my biggest strength. I know I need to put on some weight. I've got to get stronger."

Knowles says Baylor, Houston, and Missouri (FFFULLLLLEEERRRR) are the three schools who have been recruiting him the hardest, and that Florida has shown interest in the wake of his performance at the Top 100 camp. As for the biggest question on the minds of the Chronicloids, Knowles says he hasn't yet heard from anyone at Louisville.

"Just the fans," he said. "My coach actually told me about (the love from Cardinal fans). I was excited." 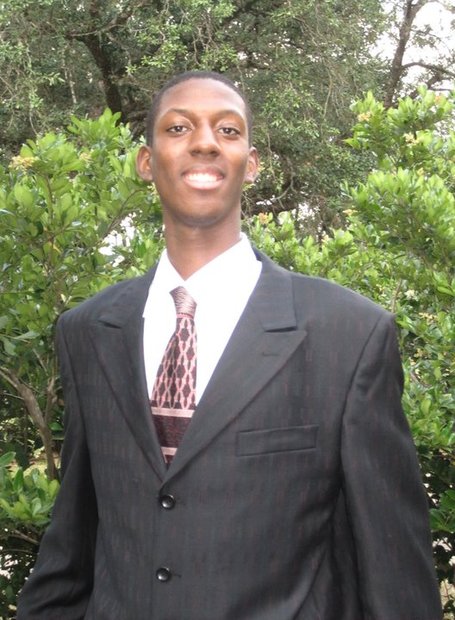 Bring this man to the Bucket. Bring him right now.

If Louisville is going to get in the game with Knowles, it needs to act quickly. Chicken says he'd like to commit somewhere by the end of July.

And then finally, the question that had to be asked: Chicken?

"Man, I've had that nickname since 5th grade," he said. "I was always real long and lanky, and so one day my coach called me 'Chicken' and it just stuck."

A big thanks to Chicken for taking the time to talk with us this morning. He's extremely polite and well-spoken. Just like I dreamed.