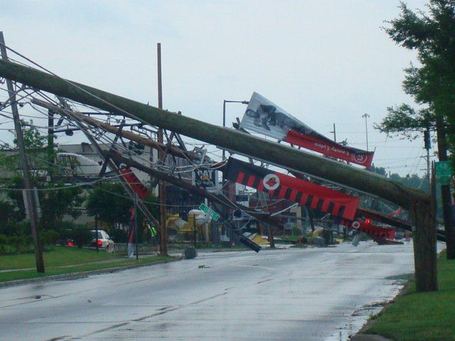 First things first, I sincerely hope that none of you were seriously affected by last night's storms.

With that out of the way, I'd like to take a second to talk about Kevin Harned. If you chose a station other than WAVE for your tornado coverage last night, well let's just say you missed out. The coverage was fairly pedestrian until about a half hour in when Harned - who had been on vacation - comes busting in from the bullpen like John Rocker in '99, wearing khaki shorts and a questionably-fitting (smeedium?) collared shirt, and just absolutely f---ing takes over. Brian Goode - who was sporting an equally questionable dark pink buttondown - gets relegated to Facebook-checking duty, and Harned superheroes it up for the next three hours.

I couldn't update my list of personal heroes quickly enough.

The night also saw the old CardChronicle record for re-tweets get demolished after a tweet about naming the tornado that damaged PJCS "Krag" went viral. I don't expect that number to be topped until Chicken Knowles commits.

Charlie Strong announced via Twitter that Clifford Snow would be joining his staff as the new director of football operations. This wouldn't be particularly newsworthy, except that Snow had been holding down the exact same job at the University of Kentucky.

"I'm very excited to be joining Charlie Strong's staff and the Louisville football family," Snow said. "This was an opportunity I couldn't pass up and I'm very proud to be a part of the Cardinals' bright future."

If you haven't checked out the Greg Scruggs video below, do yourself a favor and get on that right now. If you have, here's another with Mario Benavides:

Mike Romano, one of the three freshmen yet to report to U of L, tweeted yesterday that he will be flying in to Louisville next Tuesday.

Andrea Adelson takes a look at Louisville's chances to win the Big East in 2011.

Why Louisville Will Win the Big East

1. Dynamic duo. The Cardinals lose Bilal Powell, who led the team with 1,405 yards and was a huge reason they made it to and won their bowl game. But Victor Anderson and Jeremy Wright have the potential to step right in and keep up the pace in the running game. Anderson showed promise in the spring game after injuries held him back the past few years. He is ultra motivated to stay healthy going into his senior year. Wright missed the spring with an injury but should be fine for fall practice.

2. Young studs. No question Louisville is going to be young this season. But there is talent to be had. Much is expected of quarterback Teddy Bridgewater, who enrolled in school in January and participated with the team in the spring. He will definitely play this season. Eli Rogers and DeVante Parker could step right in at receiver; Gerod Holliman in the defensive backfield. Let's not forget redshirt freshman receiver Michaelee Harris and the return of Hakeem Smith at safety.

Almost Kentucky Wildcat Enes Kanter made news Wednesday by saying first that he was the best player in the 2011 NBA Draft (which takes place tonight), and second that UK would have easily won the national title had he been allowed to play on the team. He may have been a college student this past year, but his humility's been NBA-ready since he was 17.

The Louisville Arena Sports and Entertainment Properties announced it had gained $250,000 in new sponsorships with the addition of three new partners for the KFC Yum Center. This brings the total sponsorships to more than $50 million.

· Community & Aztec Limousine has been named the "Official Limousine Company" of the KFC Yum! Center.

· Los Aztecas and Sol Aztecas Mexican Restaurants will be featured on the exterior video marquee located on the Norton Healthcare Plaza.

"I am delighted with the announcement of three new partners and an additional investment of $250,000 in the KFC Yum! Center," said Jim Host, chair of the Louisville Arena Authority. "LASEP continues to excel at engaging the community’s support of this facility."

I would have paid several hundred dollars for one of the local stations to broadcast, unedited, the following video posted by Hakeem Smith.

As CardsFan922 stated last night, "BACK OF THE HOUSE!" is officially the new celebration whenever Hakeem makes a big play.

"I feel like everyone is coming back and we are a bunch of older guys now. They know what to expect from Coach Pitino and they know what to expect from the system so I think that will help us out a lot this season. And that will also help us with the younger guys also to bring them in and we can all help them get where they need to be," said Siva. "They will have the opportunity to get started early and it will be good because they will know what is expected of them coming into the season. Everyone is coming back committed to that common goal and Preston really set a great example for us last year."

Coach Pitino mentioned during his last press conference that he has not selected team captains yet but Siva feels that he along with the two seniors have stepped to the forefront to lead this team.

"I think that me, Kyle, and Chris Smith are the guys that have really taken the lead with this team. Kyle is more of a show you type of guy and is a leader by example. Chris is a guy that talks a lot and is more vocal than Kyle. It has been very good and we have come into this season with the mindset that we were going to do everything right we are going to do everything correct and we are going to bring the young guys along the right way," said Siva. "I am able to tell the young guys about my past experiences like when I came in playing behind Edgar and paying my dues. Now Coach P allows me a lot more freedom and that is something I will be able to share with them. I think the three of us will do a great job of leading this team."

In a somewhat bizarre movie, John Thompson III hired disgraced former Binghamton coach Kevin Broadus on Wednesday. Broadus was an assistant under Thompson from 2004-2007, but because of NCAA rules, he cannot be designated as a coach this time around. The sanctions he received also ban him from doing any off-campus recruiting, coaching, attending meetings involving coaching activities, and scouting opponents.

So I guess he's going to be the Hoya?

And finally, check out this pic of tornado Krag taken by Johnny Patrick. 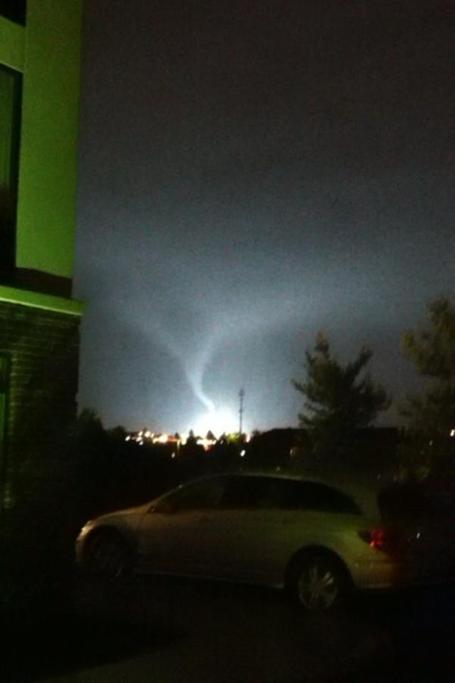 And if you take a slightly closer look, you may spot a familiar face... 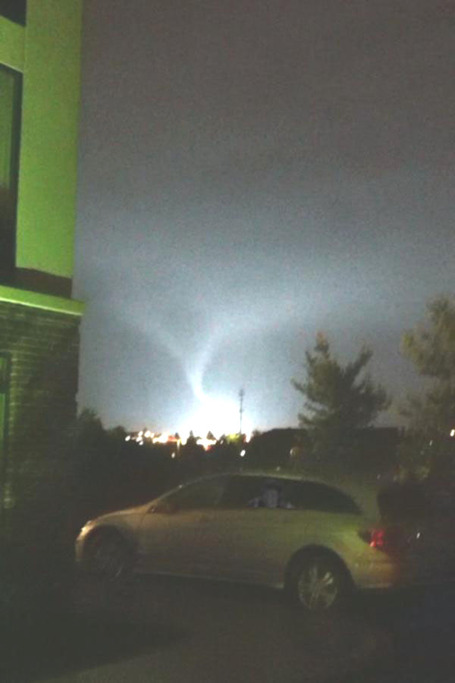