It appears as if Oak Hill Academy senior-to-be D'Vauntes Smith-Rivera has emerged as Rick Pitino's primary target in the class of 2012. That being the case, what he said today to the C-J's Jody Demling would seem to be a very positive development.

"Louisville, since they got in my recruitment, they have been coming at me pretty hard," Smith-Rivera said. "That along shows me how much they want me there. It’s a great school and Rick Pitino is a great coach. He would be a good fit for me."

"Coach Pitino is a great coach, just his work ethic and how many players he’s developed," Smith-River said. "He knows how to put players in the system, what’s best for them."

Smith-Rivera said the plan is to try and end the recruiting process by the end of the summer, noting "I hope to make a decision but right now, I don’t know." 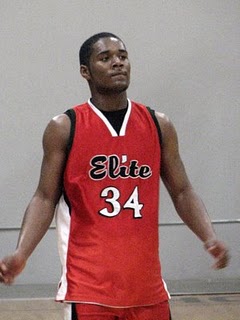 Great to hear, but the question still lingers: Where does this leave us with Chicken Knowles?