U of L athletics best in state

Share All sharing options for: U of L athletics best in state

The final Director's Cup Standings (the competition which ranks athletic programs based on their performance in all sports) won't be released until June 30, but with no university in the Bluegrass State laying claim to any team still competing, we can now crown the University of Louisville as Kentucky state champions. 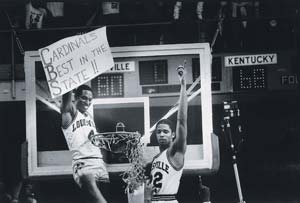 One again, Stanford has run away with the cup title. The Cardinal are followed by Ohio State, Duke, California, and Florida. Notre Dame is the highest-ranked program from the Big East at No. 18.

You can check out the complete rankings right here.