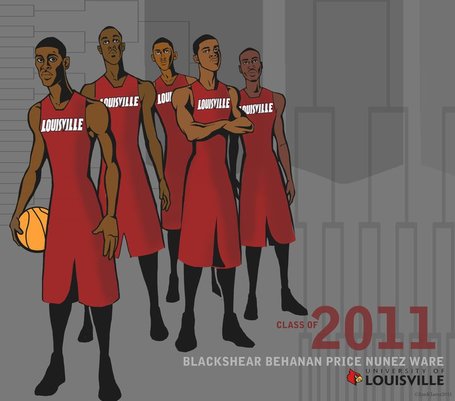 I'm not entirely sure where this depiction of our incoming freshmen class came from, but I'm oddly obsessed with it. The fellas look like they're going to have to hit the weights a little bit though. Even you, Chane.

If we don't offer Chicken Knowles a scholarship this week, I'm going to kill myself. You really want that on your conscience, Rick? Let's go ahead and save a life and fulfill a city's wish at the same time. Be a hero.

The fact that CK3 (nickname 1 of 9,000) had 87 twitter followers two days ago and has 139 at the moment I'm typing this (including several familiar faces) is something I couldn't love any more. This is a movement. Still, I don't want any fowl play. No poultry excuses will be accepted. We need to be crisp here, maybe even extra crisp. Don't be afraid to throw some special blends of spices out there if the situation calls for it...The young man's name is Chicken.

In all seriousness, Knowles is widely being regarded as one of the NBA Top 100 Camp's "breakout stars," and finished the weekend as the camp's 9th leading scorer.

When he commits to Missouri I will cry real tears. And drink real beers. And throw real pink razr cell phones.

Andre Drummond, the player most consider the best in the class of 2012, listed six schools as potential suitors on Sunday, a list which included Louisville. The other five names were Connecticut (the current favorite...by a fairly wide margin), North Carolina, Duke, Pitt, and Georgetown. While Calhoun and company certainly seem to be the team to beat here, it never hurts to have the No. 1 recruit in the nation saying he's still considering your school.

Another player who listed U of L on Sunday was Indiana star Gary Harris, who hit the game-winner in the camp's championship game. Harris' current top five is reportedly Louisville, Indiana, Purdue, Michigan State, and Notre Dame.

Class of 2012 point guard J-Mychal Reese is also very high on Louisville, thanks in part to his relationship with Wyking Jones.

In first grade there was another Michael in my class whose last name just so happened to also start with the letter R. The teacher's solution to this quandary was to refer to me (I'm a John Michael) as "J. Michael." I fucking hated it. There was also an incident during a talent show where I was dressed up as a puffin and my fake nose fell off. I began drinking scotch soon after and can still trace every problem I've ever had back to 1992.

Suffice it to say I have reservations about this kid.

Rakeem Buckles said over the weekend that his recovery from surgery to repair a torn right anterior cruciate ligament is going well and he hopes to practice by October. He told The C-J that he can put all of his weight on his knee and doesn't feel much pain.

Buckles says the earliest he could be ready to practice at full speed would be October, which means he might not be ready by the start of the season. Pitino has said previously that Buckles (and/or Jared Swopshire) may sit out the season as a redshirt. Still, I think it's highly unlikely, at least in Rak's case.

Have to love this pair of tweets from the Chi-Daddy this morning at 5:37 and 5:40 a.m., respectively.

Feeling good feeling great how are you?
All love to #teamGRIND no love for #teamSTILLSLEEP

The coaching staff is obviously wanting him to step up and it appears that message has been received.

Speaking of football tweets, incoming freshman Lorenzo Mauldin caught the attention of some of our rivals down I-64 with the following statement:

Mauldin's a great story and he has the potential to end up being a fan favorite by the end of his career.

Greg Scruggs on the summer motivation for this team:

"How many games did we lose last season? Six? There you go. There's not one (thing motivating us). There's six."

Anthony Epps got popped for his second DUI and subsequently resigned as the head coach at Marion County.

Via the Bozich blog, here's how Athlon ranked each Louisville unit in the Big East (the team in parentheses is the one with the top unit in the conference):

I disagree. That is all.

The publication goes on to predict that Louisville will finish 5-7, 2-5, good enough for dead last in the Big East. You can check out their individual preview of the Cardinals right here.
I disagree. That is all.

Former commit Negus Webster-Chan, who hit a bit of a disappointing weekend at the top 100 camp, is still looking around at schools. He also touched on his decommitment from Louisville.
"All of the (Louisville) coaches were moving around and I just wasn’t comfortable with that," he said. "That was the biggest reason. I just didn’t feel comfortable with all of the moves." 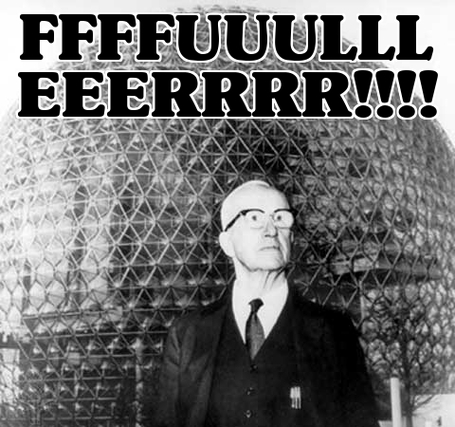 Yahoo's Jason King takes a look at the best dunkers in college basketball and mentions a certain Louisville Cardinal whose interests include shooting three-pointers from corners, riding on camels, and wearing crowns. That's right, Russ Smith.

And finally, it's NBA Draft week and there is literally nobody talking about Terrence Jennings. I figured his potential would have at least some people mentioning him as a late second round possibility, but that doesn't appear to be the case.
Still, best of luck to him this week.