Who does Preston pass the crown(s) to?

Share All sharing options for: Who does Preston pass the crown(s) to?

Rick Pitino said recently that he ordinarily likes to have a senior or pair of seniors serve as team captain(s), but that there might be an exception this year in the case of Peyton Siva. He added that the decision will ultimately be left up to a player's vote.

To me it seems like a Kuric/Siva dual-reign is the most likely scenario, but then you've also got Chris Smith who is a senior and earned a lot of respect a year ago, and Jared Swopshire who would have been the team's only returning starter had he been healthy. Rakeem Buckles, Mike Marra, and Stephan Van Treese could also have a case.

I still say you take the lead-by-example style of King Kyle and pair it with the personality of Siva, but that's just me. Mike Rutherford is just one man...slaps a hell of a bass. 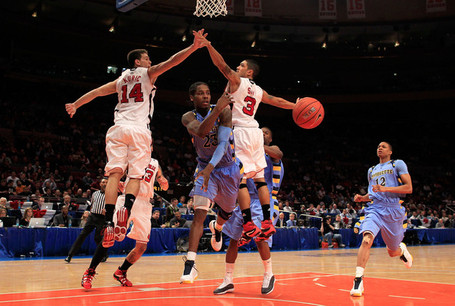