Ken Caldwell thinks Brandon Bender should have played at DePaul

Share All sharing options for: Ken Caldwell thinks Brandon Bender should have played at DePaul

A fan on Twitter apparently wondered aloud whether or not Caldwell was the same "mentor" who had advised Brandon Bender to turn pro after his junior year of high school. Caldwell noticed the tweet, and sent the following response: 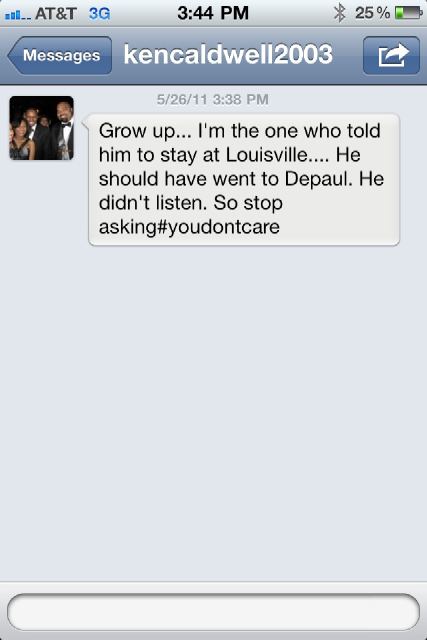 So Caldwell was the one who told Bender to stay in Louisville, but Bender didn't listen, and so he ended up...staying in Louisville? Ken's logic might be slightly flawed.

In all seriousness, this revelation has ruined my Memorial Day weekend before it could even start. Do you realize how many DePaul Days of incalculable significance we narrowly missed out on? At least four.