No. 1 with a Bullet: Elisha Justice is the hottest male athlete in the world

Share All sharing options for: No. 1 with a Bullet: Elisha Justice is the hottest male athlete in the world

Thanks largely to your votes, Louisville point guard Elisha Justice was able to hold off a late surge from Australian rugby player David Williams and win TheSportsF*g.com's 2011 Hottest Male Athlete Tournament. That's right, there is not a human being on this planet right now who plays a sport and is hotter than Sexy Bullet. 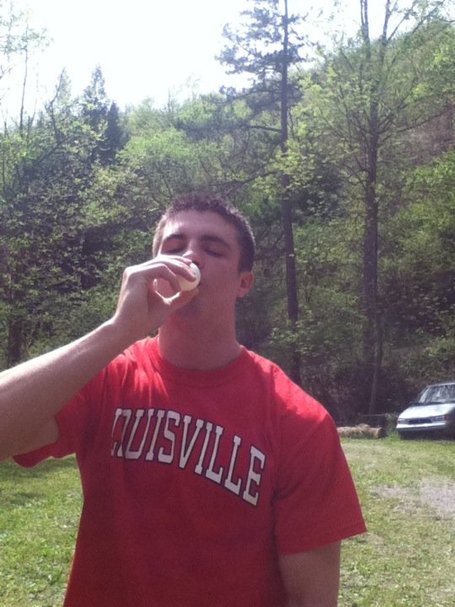 I think this comment from the voting says it all:

It’s a pleasure seeing Elisha in the lead after a poor beginning. His sexiness is completely natural and unplanned. The other guys are posers and models more than they are athletes. Even though he’s barely out of his teen years, Elisha is more man these the other guys ever were. Comparing the photos of the two finalists, it’s clear who’s all about sports and for whom sexiness comes naturally, and who’s all about posing for titillating photos. Go Elisha! Bring the championship hope to the Ville!